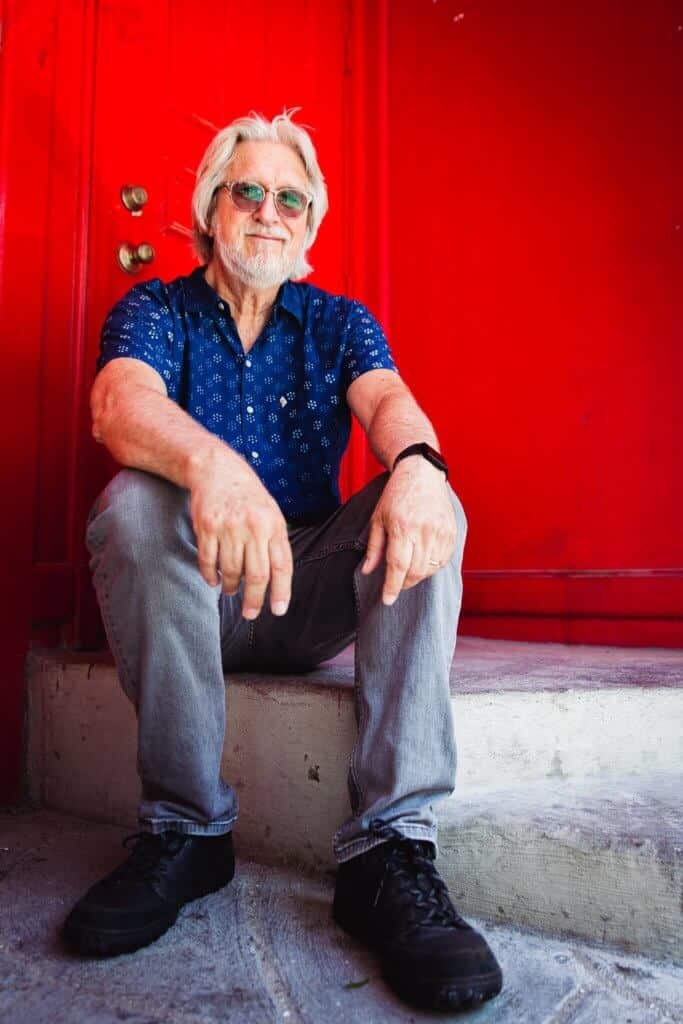 When we first opened Natalie’s Coal-Fired Pizza and Live Music, people would ask about Charlie and his experience, my go to line was always “yeah, he’s been doing cool things for years, he even brought Dr. John to town back in the day when he was running Aardvark Video.” A life and a half later, here he sits on the steps of what used to be his old haunt Ardvark Video, and I still think he’s as cool now as he was back then. I’ve always been one of his biggest fans and his fiercest defender. When people say things like, “this new place could put you on the map” I respond with, “we’re already on the map.” When people complain about the old fogie shit that comes to our room, I respond with, “you don’t know what you’re talking about.

When an interior designer recently said he doesn’t design to please the client, he designs to what he thinks the customer would want, Charlie’s feeling was we aren’t here to please the masses, we are here to create something that feels authentic to us, something we are proud of, and in doing so, attract a discriminating audience. It’s not about the blockbuster hit or the latest trend, it’s about creating the cult classic that feels good long after it’s been released.

Recently, we were asked what success means to us, and he said something about Aardvark, and the way it makes you feel when even after all of these years, someone will come up to you and tell you how much that place meant to them. The feeling of knowing you played a role in creating a place that meant something to somebody else. When I thought more on this question, I realized what makes this place so damn special for me, what I define as success, or “winning” as the kids would say, is that I created this thing with him, and that it will live long after he’s gone. It’s never been monetary for either of us. It’s about creating something that means something to somebody even if it’s just for a moment in time.

Lastly, but certainly not least, my Mom, Linda Jackson, also known as Lil Marm or LM has stood by us in full support-even though she knew the odds, through this crazy journey and is undoubtedly our biggest supporter. Without her, none of this would have been possible.