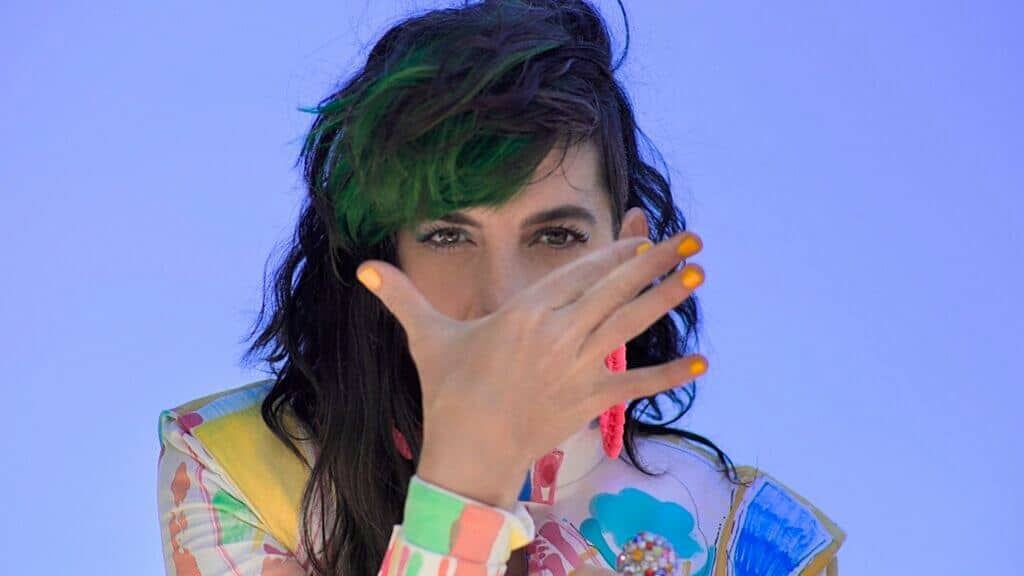 Bitch makes witchy poet pop. She does it with violins and synthesizers, and the songs she writes are spectral, heartbreaking, political, and beautiful. The longstanding queer music icon has been performing for over 20 years. Bitch first achieved notoriety as one half of the queer folk duo Bitch & Animal. The band went on to tour with Ani DiFranco, whom they met while playing a gig at a pizza shop in Provincetown. In the mid 2000s, Bitch went solo, and shared stages with the Indigo Girls, acted in the John Cameron Mitchell film Shortbus, and licensed some songs to The L Word. Eight years ago, she began to piece together Bitchcraft, her latest record. The resulting album is one that makes you think and makes you dance. It was recorded in LA, Austin, Provincetown, and Boston. Full of violins, synths, and huge vocals, the record is neon pink and in your face. It’s Joni Mitchell set to a click track; it’s queer Cyndi Lauper and will hex you with its brilliance.