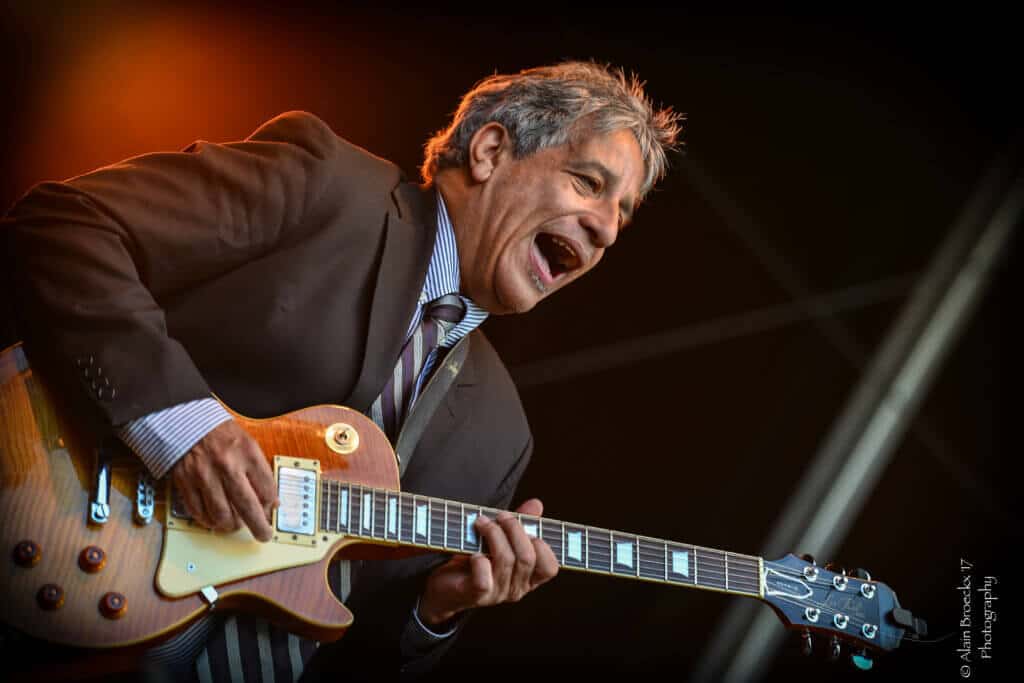 Chris Cain offers up a soulful stew of Memphis style electric blues. His powerfully deep vocals and jazz inspired, blues guitar riffs are unforgettable; uniquely his own, while reminiscent of the legendary BB King and Albert King. When Cain burst onto the blues scene in 1987 with his award winning debut album, he soon found himself sharing the stage and trading licks with a few of those legends. Chris Cain has released a dozen albums, each filled with soul-stirring songs pulled from his own blues drenched heart. His brand of blues is unforgettable.

At the age of eight, Cain taught himself to play guitar and began playing professionally before he was eighteen. Chris studied music at San Jose City College and was soon teaching jazz improvisation on campus. Over the next twenty years, Cain would also master piano, bass guitar, clarinet, alto and tenor saxophone. The combination of his blues upbringing and his jazz studies melded to form the searing guitar style that sets Chris Cain apart and has moved him to the top ranks of the blues music scene.