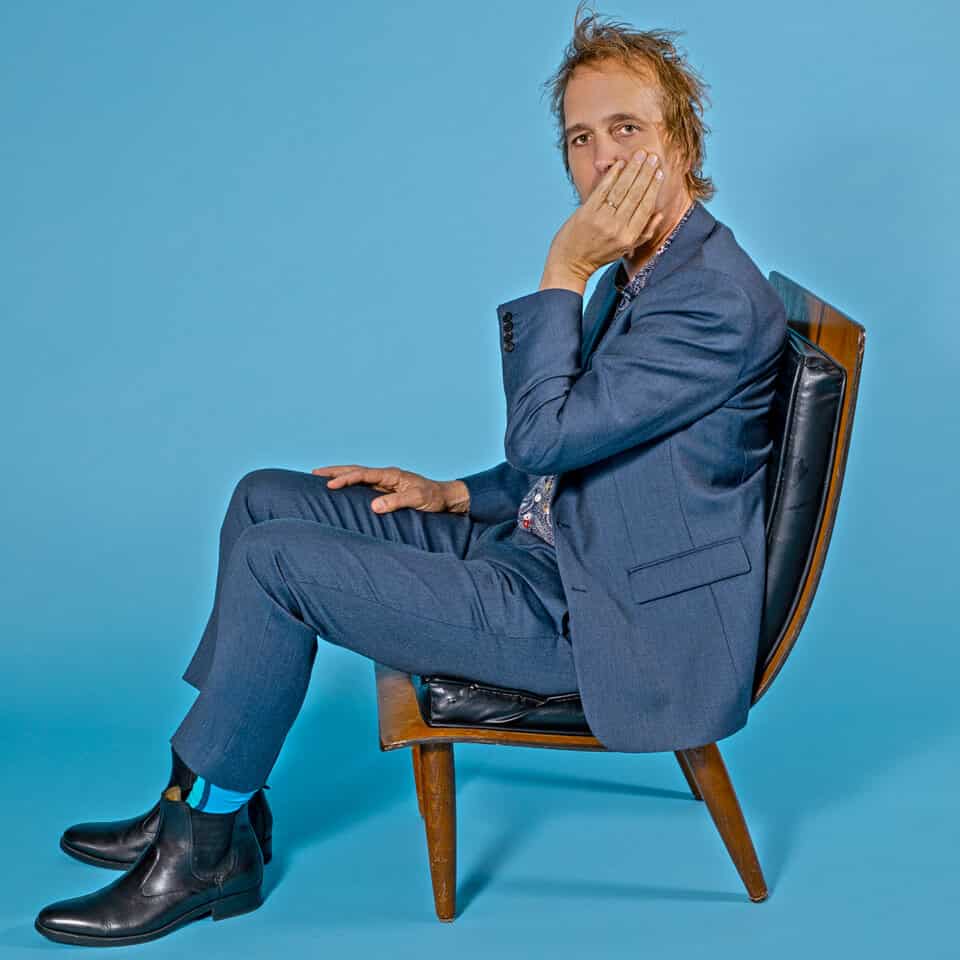 Since his neo-psychedelic Green On Red days, Chuck Prophet has been turning out country, folk, blues, and Brill Building classicism. His latest album, The Land That Time Forgot, is something different, a weather vane picking up signals from outer space – or maybe it’s the Heartland. Priced out of his beloved hometown, San Francisco, Prophet found himself re-energized in Upstate NY just a few miles from the Vermont border – and made a record that is much a 21st century exorcism as it is America.

The songs inhabit a world where a Fast Kid might be on the run from the truant officer or a handsy boss…or the Immigration Service. These are love songs that turn political on a dime (Love Doesn’t Come from the Barrel of a Gun), and melodic hallucinations about kicking back in the Oval Office after hours “talking to my baby, saying baby, let’s not fight.”

Where else besides a Chuck Prophet LP are songs going to come at you from both the Tenderloin and an English roundabout, with stopovers in Nixonland and a love-struck mirror on a Saturday night while a workingman tries his Best Shirt On? With special appearances by the ghost of Johnny Thunders and Willie Wonka and John the Baptist and the train that brought Abraham Lincoln home one last time. And it all leads up to 1600 Pennsylvania Avenue where a singer has his say, in two and a half loping verses and a middle eight.

Opening will be San Francisco songwriter Matt Jaffe, who was discovered by Jerry Harrison of Talking Heads. Together, they produced his first album at the age of 16, cementing Matt’s dedication to music. Since then, Matt has crisscrossed the country opening for Blues Traveler and Wilco, and co-written with Tom Higgenson of the Plain White T’s. Inspired by the great lineage of rock n’ roll, he marries literary lyrics with the undeniable urge to dance.