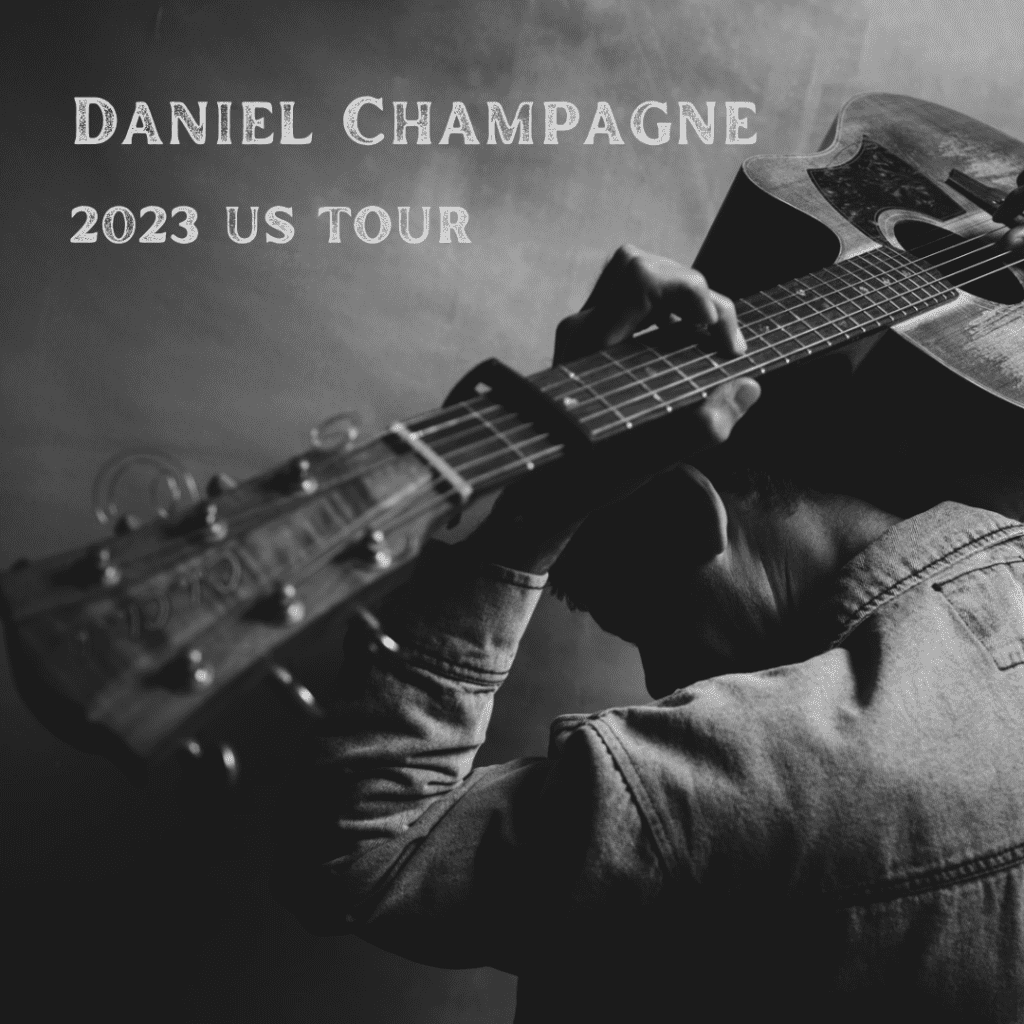 If you’re wondering what Australian singer, songwriter and one-of-a-kind guitar virtuoso Daniel Champagne did after his 44-city US tour over the summer of 2022, he proceeded immediately to Canada for 30 mostly sold-out shows and then to New Zealand for another 30 mostly sold-out shows. There’s a Christmas break, and then a monumental tour of Australia.  Obviously, the best word to describe Daniel is “relentless”.

One reviewer recently wrote “Daniel Champagne exudes a natural ease on stage, as he sings poignant lyrics and beautifully crafted melodies that invariably whisk the heart up with grand romanticism. Coupled with an exhilarating guitar talent that transcends mere acoustic playing to replicate a whole band, Champagne must be seen to be believed’

The story goes that Daniel first picked up his instrument of choice as a 5-year-old following in the footsteps of a musical father. He began writing songs at 12, training classically throughout his teens and performing wherever he could, honing his craft and developing the dynamic live show that he is renowned for today. At 18 he left school, turned professional and hit the road without looking back.

The following decade saw him release 5 studio albums, tour relentlessly around the globe with upwards of 300 shows per year, play some of the biggest festivals under the sun and share stages with the likes of Tommy Emmanuel, INXS, John Butler, Lucinda Williams, Ani DiFranco, Judy Collins and Rodrigo y Gabriela.

In early 2020 as the COVID pandemic ground all touring to a halt, Daniel returned to Australia writing music and further honing his craft and returned to international audiences with a swag of new songs and a complete new live show.

His current release, “Shimmer Through The Windscreen” is making waves on the streaming services and promises great critical acclaim once it is circulated to the media.

For fans of guitar, songs or just artistic expression at its finest, this show is a must see!