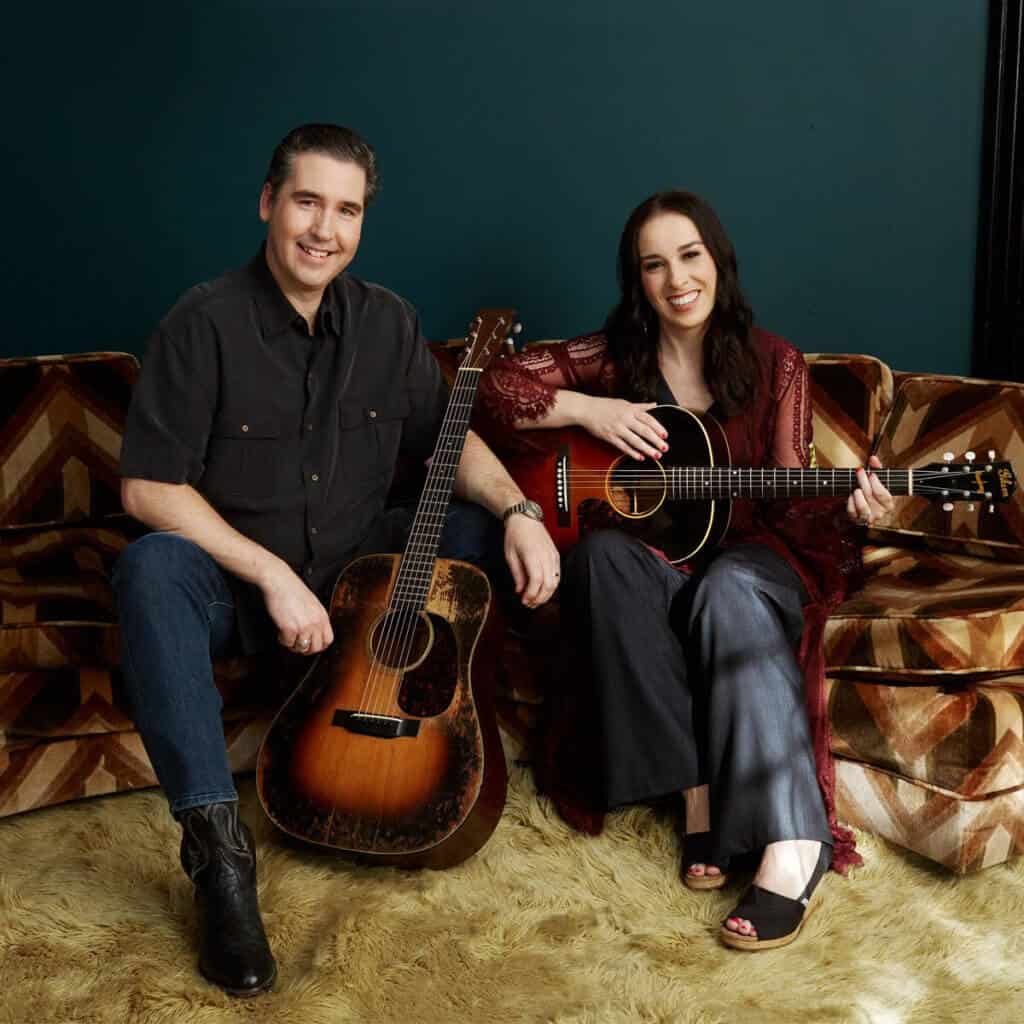 Husband and wife duo Darin & Brooke Aldridge draw heavily on the traditions of their native North Carolina, the savvy of a young, gifted band and their own dedication to ingenuity to create some of the most adventurous music in Bluegrass/Americana today.

The duo has placed tracks at the top of the charts on Roots, SiriusXM, Bluegrass and Gospel charts dozens of times over their career. They have received multiple nominations from the International Bluegrass Music Association (IBMA) and Inspirational Country Music (ICM), Darin was the 2017 IBMA Mentor of the Year and Brooke is the reigning 4-time (consecutive) IBMA Female Vocalist of the Year (2020’s win tied her with the legendary Alison Krauss for the third most Female Vocalist wins in total and second most consecutive wins in the association’s history behind legend and Grand Ole Opry member Rhonda Vincent).

They tour nationally and internationally, have appeared on the Grand Ole Opry 32 times, and many times on national television and Sirius XM radio and headline some of the most prestigious festivals.

2020 saw their signing with Nashville’s burgeoning bluegrass label, Billy Blue Records as a cornerstone act. The label released a Christmas single in 2020, the inspiring “Light of the Stable” and plans to release a full length album (the 9th of their award-winning career) in mid-Summer 2021. Their 1st single, entitled “Blue Baby Now”, hit radio on March 19th with the full album following August 6th.