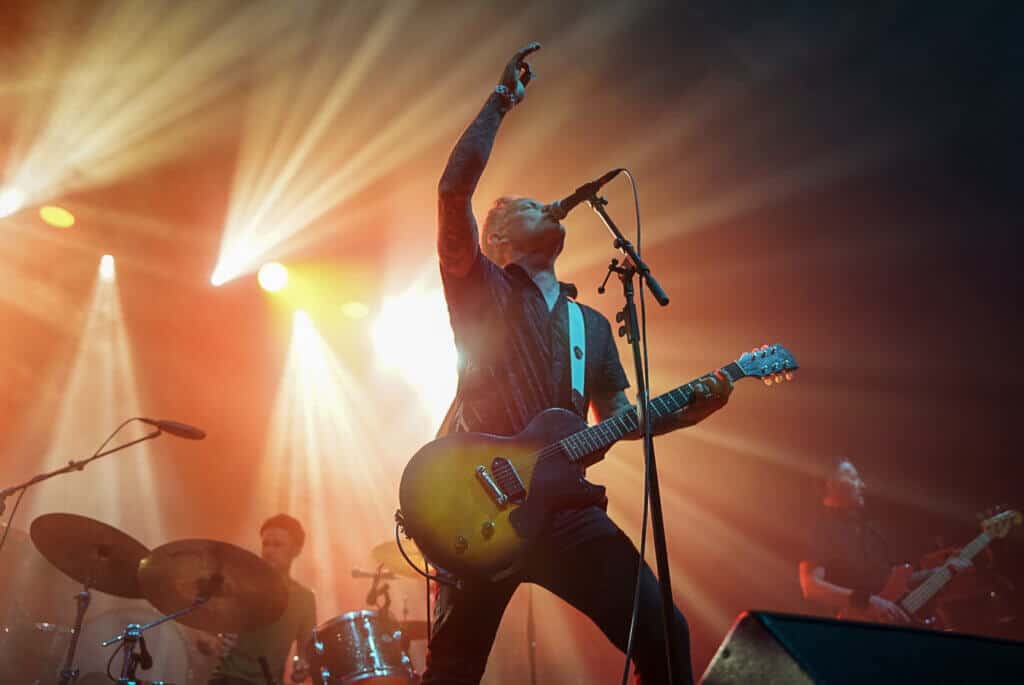 On a base level, the term “blood harmony” is simple—it describes the specific sound two siblings make when they sing together. Given that Dave Hause has been writing and recording songs with his younger brother Tim for a while now, it made sense to use that phrase as the title for his fifth solo record. But this being a Dave Hause album also means there’s much more to it than that. Beneath the surface of Blood Harmony, in fact, are multiple layers of meaning relating to Hause’s role as a musician, a brother, a husband, a son and—having become a father to twins a few months before the release of 2019’s Kick—a dad. As such, Blood Harmony is also a reassertion of what family means to him. Even more so because it’s coming out on the label owned by he and his brother. “I thought Blood Harmony was a great title” says Hause, “and really specific to how Tim and I have decided to work over the years. It also pertains to my children because they’ll have their own blood harmony. So the germ of the album, the beating heart, is that I’m in a true family. I have a grounded reason to work and a bunch of people that I want to make proud with the work that we do. It’s a family business.”