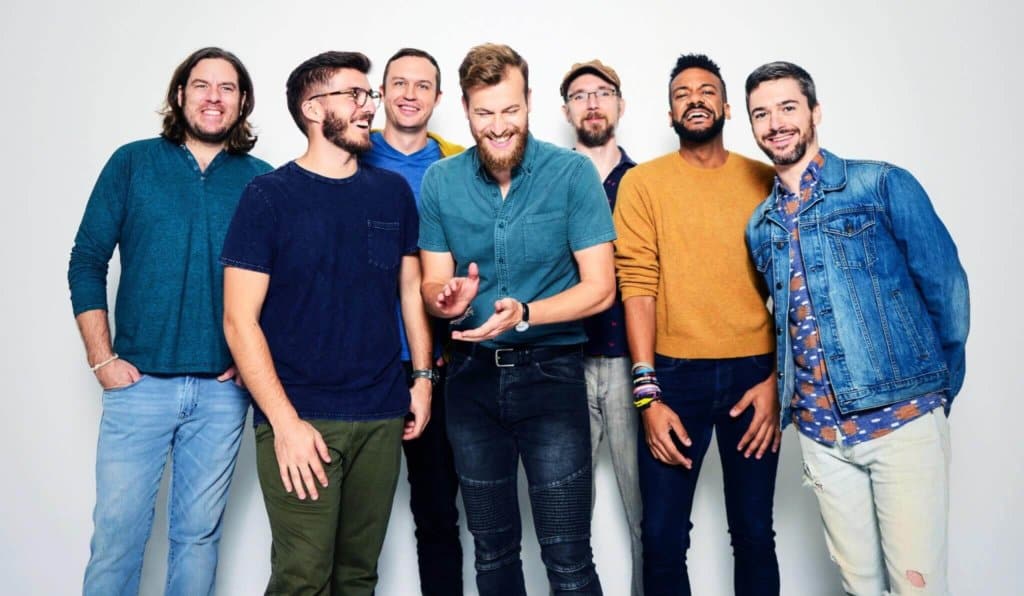 Huntertones returns to Natalie’s for a special two night stand at our new Grandview location! Huntertones brings people together around the globe with fun, imaginative and fearless music. Their high energy, horn-driven sound fuses inspired improvisation and adventurous composition melding jazz, funk, rock and soul. Adding depth and contrast to their live set, Huntertones shift from a dynamic six-piece ensemble to a trio featuring saxophone, sousaphone and beat-boxing, keeping their listeners’ eyes and ears open at every turn.

Huntertones formed in Columbus at The Ohio State University and hosted their first shows at a house on Hunter Avenue. They have since relocated to New York City, released two albums, and toured North and South America, Europe and Africa — experiences which have pushed the band to expand even further, stylistically. What started as out as group of classmates finding a voice has developed into a highly collaborative group of musicians traveling, sharing, and growing together.