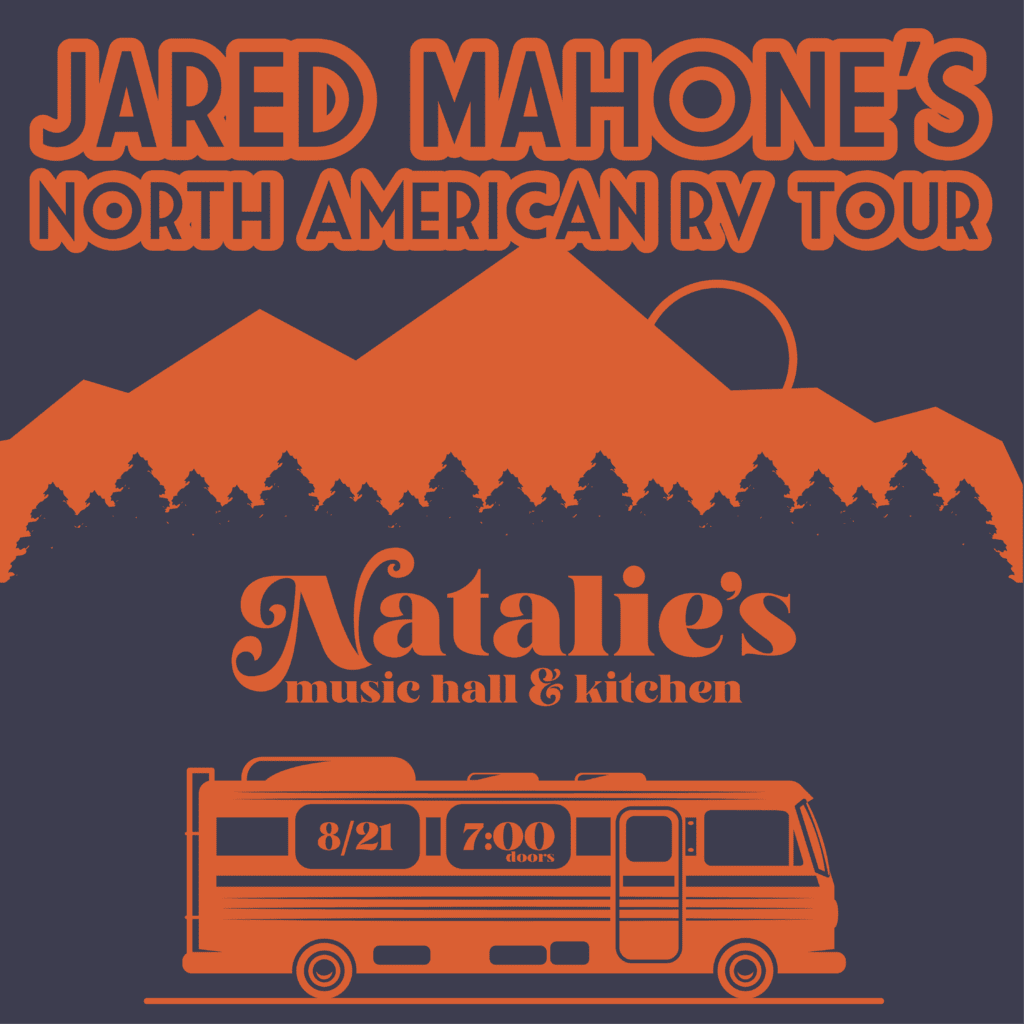 After 16 years of independent touring, Columbus-grown songwriter Jared Mahone sold his house and bought an RV. He has been on the road permanently since November 2020 touring coast to coast performing secret house concerts while venues have been mostly closed. Despite regional recognition as the first ever Verizon Indie Icon, national recognition appearing as musical guest on Katie Couric’s short-lived ABC daytime talk show, or being named Best Male Artist in the 2014 International Acoustic Music Awards, Jared dismisses fame chasing. Instead, he has favored a troubadour-style trudge across the country as a professional performer meeting new supporters one handshake at a time. Come hear familiar songs from past releases, as well as new songs and stories from the road in his new intimate and entertaining solo storyteller show.