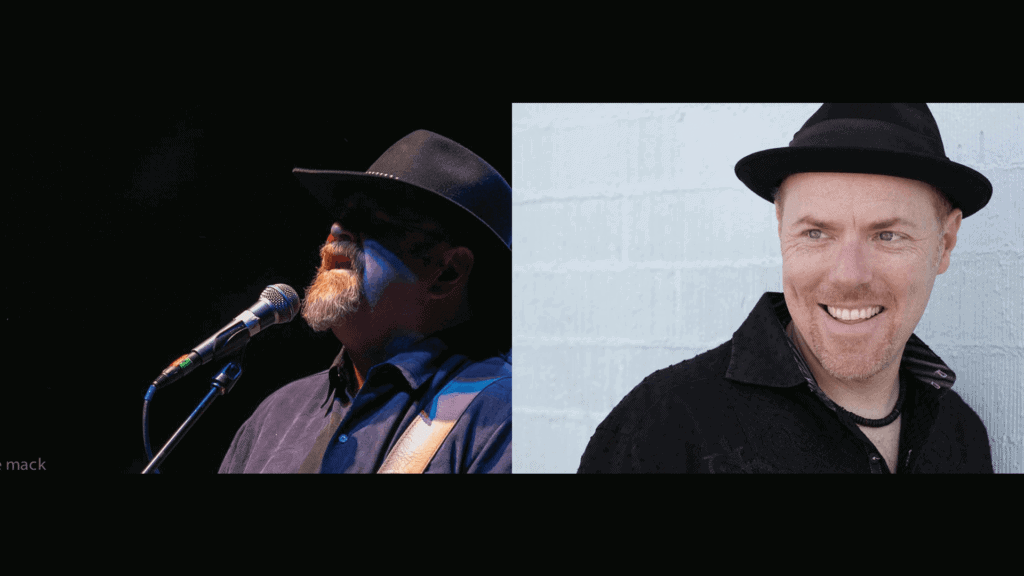 Please Note: All Natalie’s shows have socially distanced table seating, and face masks are required unless seated at tables.

Natalie’s presents a special “pop-up” concert featuring an acoustic evening of music with John Schwab and Hadden Sayers, two outstanding musicians who will share the stage, stories, and songs.

For over 35 years, John Schwab has been playing solo gigs and performing with The John Schwab Party Band, plus doing 40 or so concerts a year as lead singer for the legendary McGuffey Lane. Somehow he also finds time to own and operate John Schwab Recording, the premier original music production studio in Columbus. Between his record label, jingle production company, and booking agency, the main thing he likes to do is sing and play the guitar!

Born in Nacogdoches and raised on a steady diet of Texas Roots and Blues music, Hadden Sayers has become a Blues Rock Master. Millions of miles of touring the world and 9 albums in, Sayer’s rise has been anything but meteoric. It’s been a consistent and steady ascent to a level of expertise that few achieve. Dopamine Machine, his latest album, is the next level..11 songs performed in both full band and solo acoustic arrangements..proving that Sayer’s songwriting stands up to reinterpretation and begs for more!