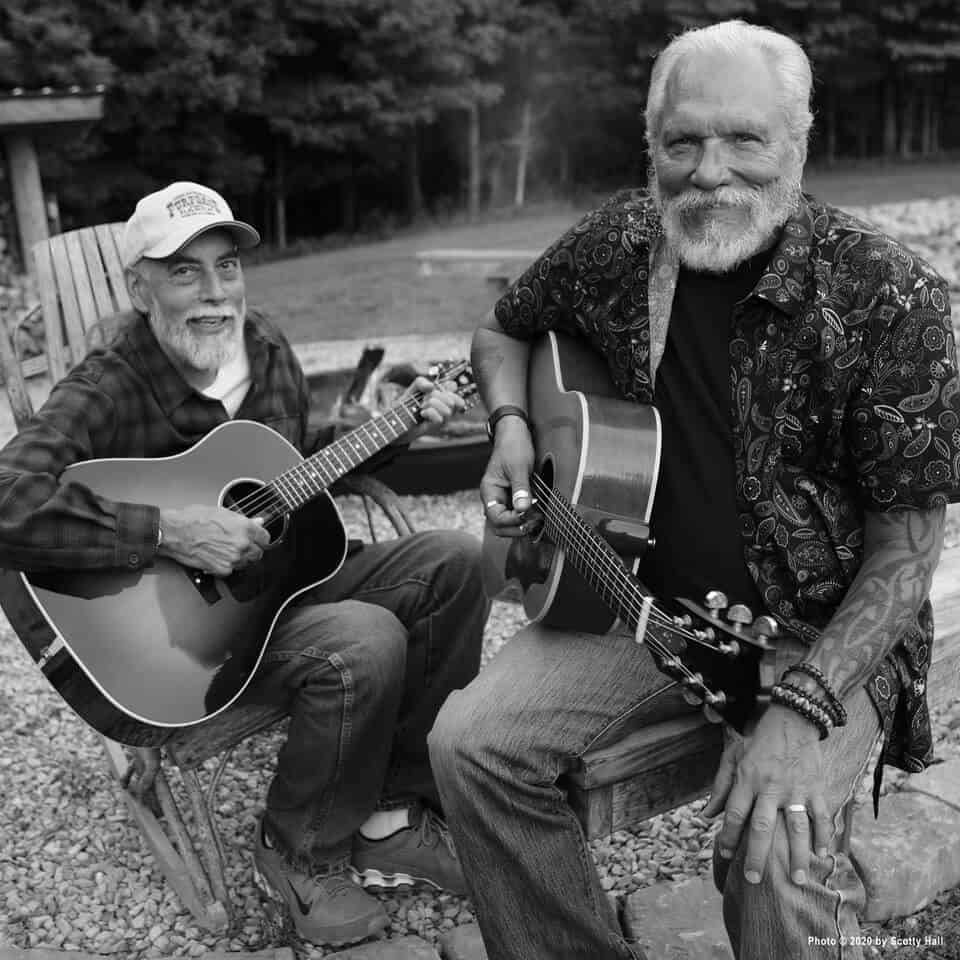 Jorma Kaukonen and John Hurlbut join forces for a very special live stream concert, presented by Zeppelin Productions, from Natalie’s Grandview to celebrate the release of their new album The River Flows. Guitarist and vocalist, Jorma Kaukonen (Jefferson Airplane, Hot Tuna) is a highly respected interpreter of roots music, blues, Americana, and popular rock-and-roll. Jorma’s repertoire goes far beyond psychedelic rock; he is a music legend and one of the finest singer-songwriters in music. As Jorma’s former road manager and the only manager of his Fur Peach Ranch Guitar Camp, John and Jorma have been friends since 1984.

Being close friends and neighbors has allowed John and Jorma to do a lot of picking and Jorma loves to step out of the spotlight to provide lead flourishes while backing up John’s signature vocal and rhythm guitar interpretations. With the quarantine’s forced immobility, the time was right for the two to sit down and Jorma suggested making a record together.

The LP The River Flows was released in November 2020, and John’s original, “Someone’s Calling,” sits alongside his versions of songs by Curtis Mayfield, Roger McGuinn, George Jones, Gene Clark, Ry Cooder, and the beloved late Spencer Bohren. The River Flows may be John’s first global introduction to most, but his many friends and local music lovers have celebrated his good vibes for years and more can be expected from him in the future.

This concert can be viewed for free from Natalie’s Facebook pages or YouTube channel starting at 7 pm. Donations are appreciated and payments can be made via PayPal.me/NataliesColumbus and Venmo: @NataliesColumbus. All contributions help support the musicians, production crew, and Natalie’s.