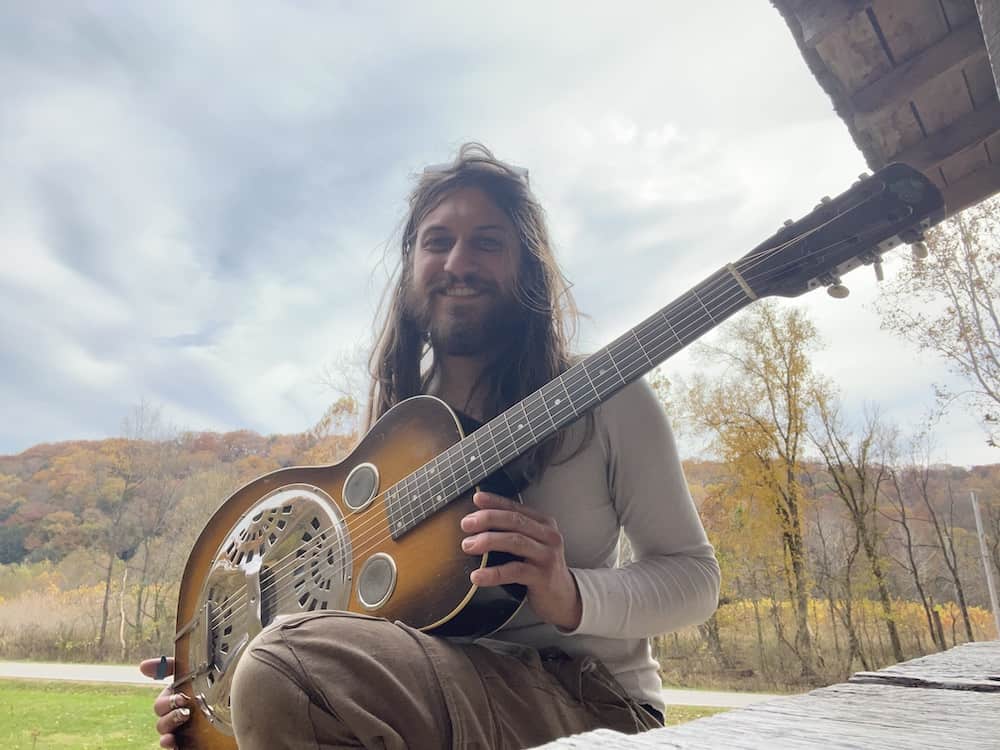 Micah Kesselring, 29, hails from the Hocking Hills of Ohio. A professional musician since the age of fifteen, Micah has played over 1,000 across the USA & Internationally. In 2020, Micah was a finalist at the International Blues Challenge in Memphis, TN, placing in the Top 8 out of nearly 300 acts worldwide. Micah has opened up for Robert Cray, Reverend Peyton’s Big Damn Band, Corey Harris, and many others, and his music has been featured on SiriusXM Radio, in Guitar Player Magazine, on the TV show “Songs at the Center” and in the book Blues on Beale Street. In 2021, Micah released his third studio album ‘Signal Fires’, and is currently working on his fourth album.