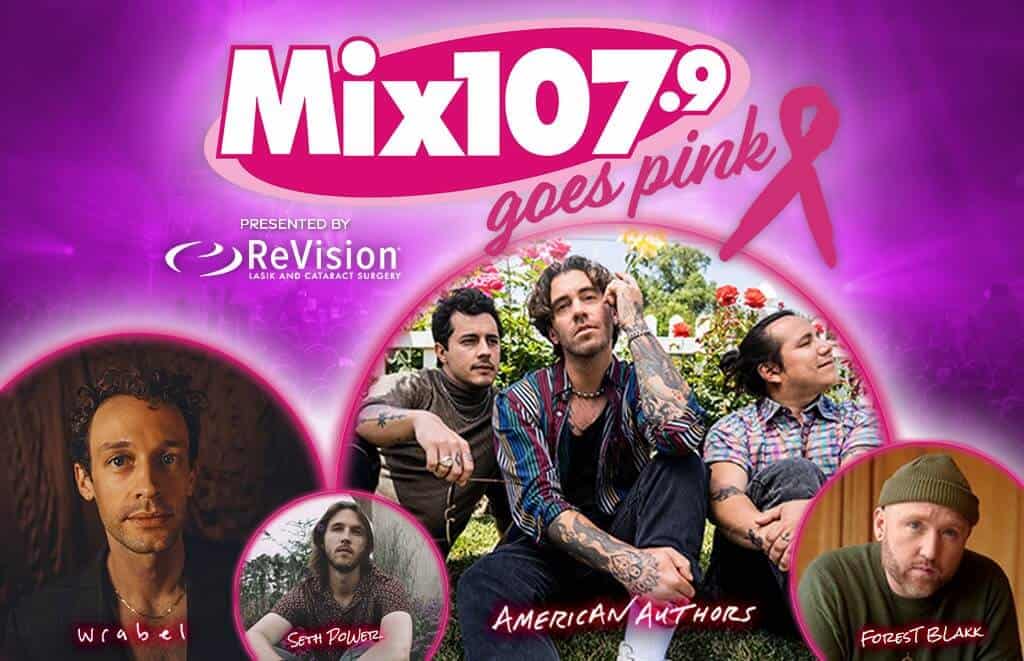 General Admission tickets to the show are only $20 or you can purchase a VIP ticket for $30 and get a Meet and Greet with Wrabel, American Authors, and Drew Lachey thanks to Solis Mammography!

Plus, our friends at Finlandia Vodka & Chambord Black Raspberry Liqueur are concocting a special PINK DRINK for the occasion and remind you to drink responsibly.

There’s a limited number of tickets for this exclusive show!  All proceeds benefit the “Pink Ribbon Girls” – who provide healthy meals, housecleaning, rides to treatment, and peer support to individuals with breast cancer – FREE of charge!

Please note – Meet & Greet will occur after the show with American Authors, Wrabel, and Drew Lachey (6p).  Meet & Greet will take place on the restaurant side of Natalie’s on their Corner Stage.  Mix 107.9 will be taking the pictures and posting them on Mymix1079.com.  Once photo is taken, VIP’s can leave or see the host to be sat for dine-in on the restaurant side at Natalie’s Grandview. 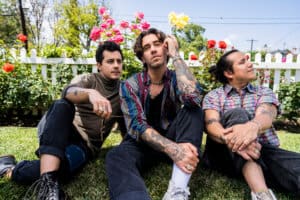 By taking control of our destiny, we fulfill our purpose. After amassing 1 billion-plus streams, picking up multiplatinum and gold plaques, and selling out shows everywhere, American Authors grabbed the reins and assumed dominion over their future in 2021. The pop rock trio—Zac Barnett [lead vocals, guitar], Dave Rublin [bass, keys], and Matt Sanchez [drums]—embraced newfound independence.

They dropped their debut album, Oh, What A Life, in 2014 on Island Records. It eventually went gold and yielded the triple-platinum anthem “Best Day of My Life.” It not only soared to #11 on the Billboard Hot 100, but it also became ubiquitous across film, television, video games, and sports. To date, they’ve landed over 600 syncs and counting. 2016’s What We Live For housed the Top 20 hit “Go Big or Go Home.” In 2019, their third full-length, Seasons, picked up widespread acclaim. Earmilk raved, “Each track on the album is an energetic anthem of raw raspy rock bursting with heart and soul,” and Unclear Magazine attested, “This album lights the fire for a much more relatable listen that forces audiences to think about their own experiences in a new way.”  In addition to headlining, they hit the road alongside the likes of Andy Grammer, OAR, OneRepublic, The Revivalists, and The Fray and graced the bills of festivals such as Lollapalooza, Firefly Music Festival, BottleRock Napa Valley, Reading & Leeds Festivals, and Warped Tour. 2020 marked various changes. Finishing up their tenure in the major label system, the band went independent. They also reconfigured as a trio and unlocked a different level of inspiration.