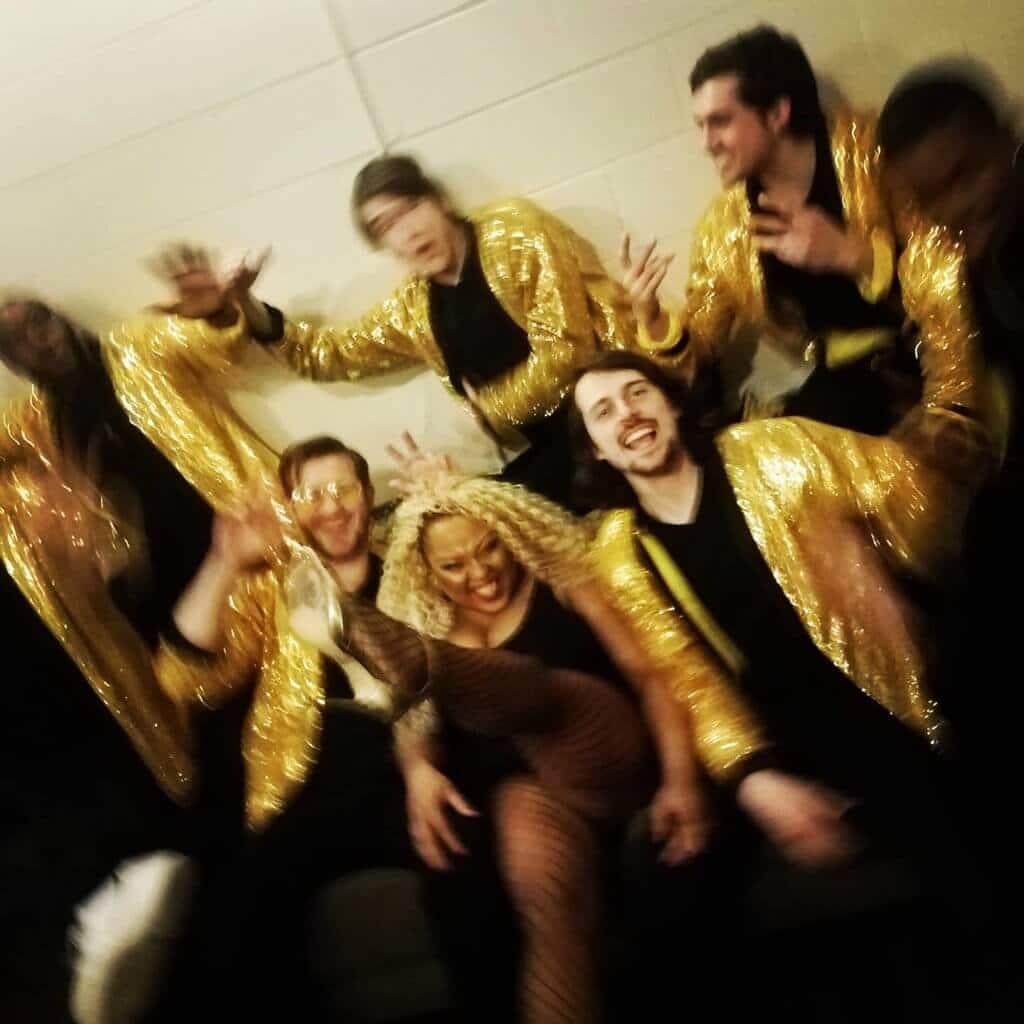 Neo funk group, MojoFlo, is as known for their captivating stage performance as their infectious rhythms and catchy lyrics. Named “Best Band” by (614) Magazine for the last six years in a row, this band is a powerhouse.  In combining hard-hitting horns, seductive melodies, and a meticulously crafted stage show, MojoFlo has built a fiercely loyal fanbase.  Their dynamic live shows feature the group’s vivacious vocalist Amber Knicole. From aerial performances and Soul Train lines to hula hoop choreography and near-cringe-inducing leaps off the drum riser in 6-inch heels, this lady has a knack for leaving audiences enthralled.

MojoFlo has released 3 singles over the last year… Body Language, Keep Holding On, and Perpetual Conduit of Positivity in anticipation of their debut full-length album titled What It Is.