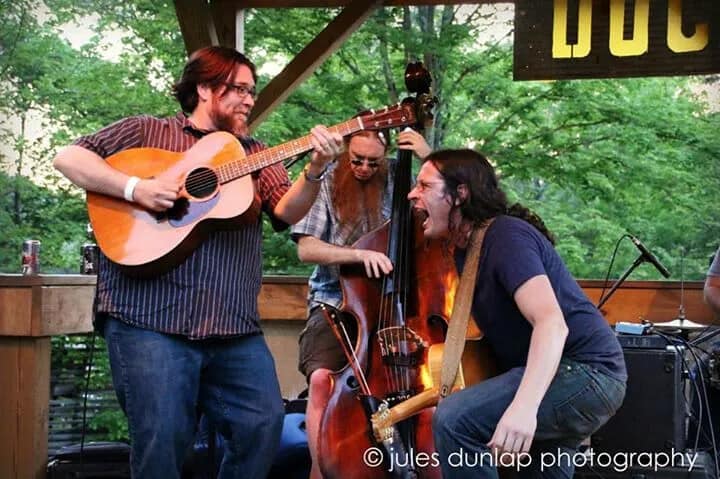 The wildly popular Revolving Wednesdays with Jesse Henry moves from Worthington to Grandview for the first time! You will not want to miss captivating host Jesse Henry along with a Columbus favorite: The Spikedrivers

In 2003 a new sound sprang up in the Rust Belt; a raucous, down-and-dirty sound, an intoxicating and gritty sound that pulled people in droves to dance floors across the Midwest.
That new sound was the bluesy, upbeat, country-fried rock ‘n’ roll of The Spikedrivers. Front man Jesse Henry’s unique and down-home song writing meets the electrified ruckus and wild precision of the backing band similar to what might have been if Louis Prima had led The Band.

The band has four studio albums and three live records that brought their songs into the hearts and ears of listeners across the United States. The Spikedrivers can grab hold of an audience and turn them instantly to avid fans.