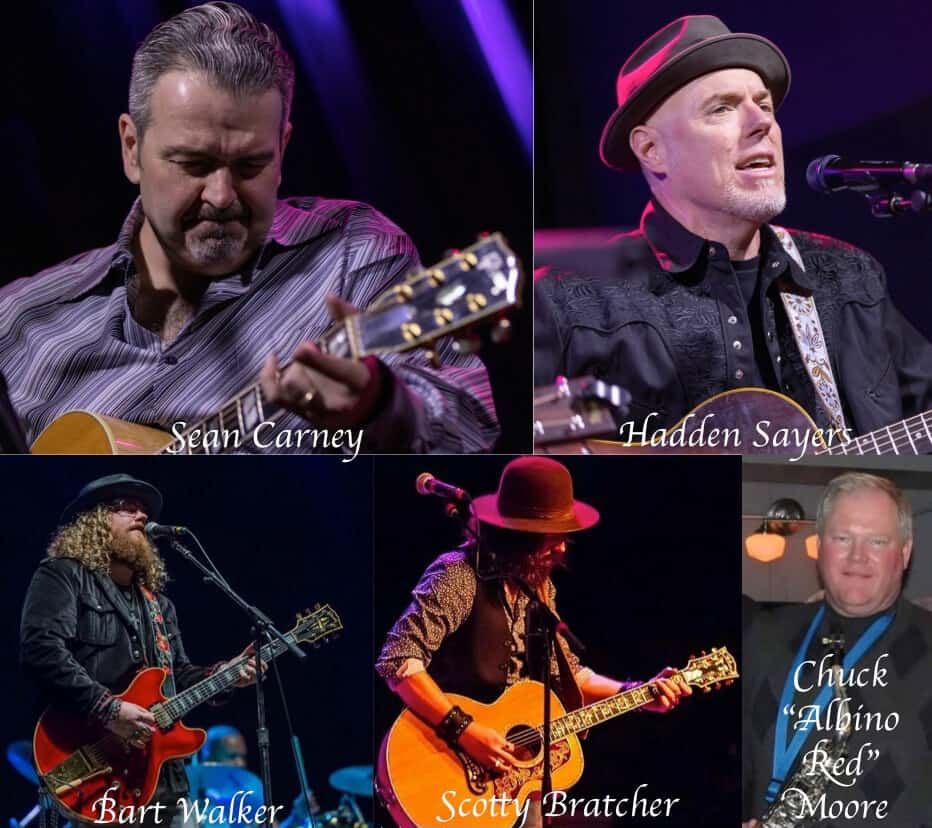 ***Please note: All shows at Natalie’s have socially distanced table seating, and masks are required except while eating and drinking at tables. Natalie’s is proud to host Sean Carney’s Blues for a Cure” benefit show, sponsored by the Middlefield Banking Center, featuring Hadden Sayers, Sean Carney, Bart Walker, Scotty Bratcher, and Chuck “Albino Red” Moore performing a full band electric show. Blues For A Cure was created in 2007 to honor those afflicted with cancer, fund cancer research and survivor programs, and to perpetuate the great American art form of Blues music.

Born in Nacogdoches and raised on a steady diet of Texas Roots and Blues music, Hadden Sayers latest album Dopamine Machine features 11 songs performed in both full band and solo acoustic arrangements. Hadden was nominated for the 2019 Acoustic Artist of the Year by the Blues Foundation. An Internationally known Bluesman, Sean is entering his third decade as a professional blues guitarist and vocalist.  He is a noteworthy, sophisticated master of tone and taste with a broad appreciation for the music before him and around him and a knack for turning out interesting songs. Bart Walker is an award-winning Nashville guitar slinger, singer, songwriter and has been lead guitarist for Mike Farris, T. Graham Brown and Hank Williams, Jr. Guitarist Scotty Bratcher has played with and opened for Buddy Guy, Joe Bonamassa, Walter Trout, Delbert McClinton and many more, and is also an accomplished studio musician. Chuck “Albino Red” Moore is best known for his sax work with Sean Carney for a number of years.

For those not attending in person, this concert can be viewed as a live stream for free from Natalie’s Facebook page or YouTube channel. Donations are appreciated and will benefit Blues For a Cure.

This event is sponsored by The Middlefield Banking Center, a community minded bank with Central Ohio locations in Dublin, Westerville, and Sunbury.