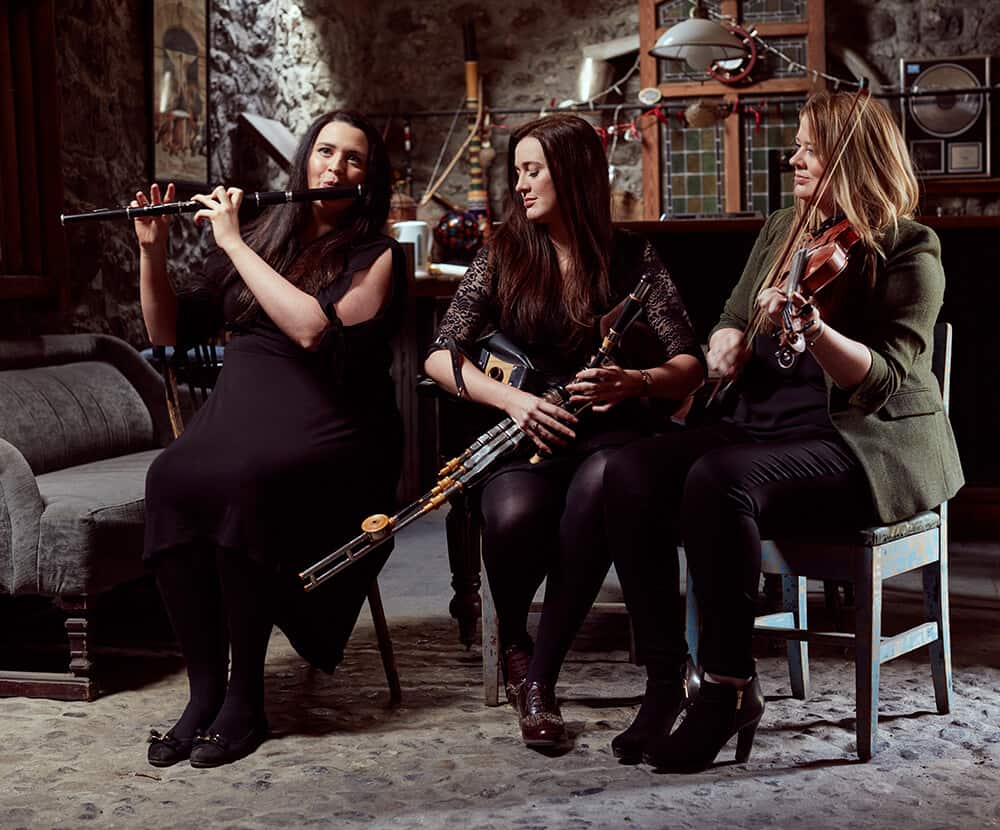 Next up in the exciting Trad Nua Celtic Music Series, The Friel Sisters take the stage at Natalie’s Grandview! Anna, Sheila and Clare Friel are traditional musicians born in Glasgow with their family roots firmly entrenched in the Donegal Gaeltacht (Derrynamansher) in the NorthWest of Ireland. Being siblings, they achieve a close blend on fiddle, flute and uilleann pipes interspersed with songs sang in unison, many from their family and local repertoire. The girls credit their main musical development to frequent trips to Ireland to partake in workshops across the country, many of which they can now be found as tutors.

Since the launch of their debut album, they have performed in various venues and festivals across Europe, America and Asia and have appeared as guests on stage or toured with acts such as Altan, The Chieftains, Lúnasa, Sharon Shannon, The Máirtín O’Connor Trio, Cherish the Ladies, Solas and Fidil. In 2016, the girls performed at Festival Interceltique de Lorient, and won the prestigious Trophée Loïc Raison and in 2018, the girls released their second album ‘Before the Sun’ featuring Hajime Takahashi on guitar and Cathal Ó Curráin on bouzouki.

In 2018, Clare was announced as the recipient of TG4 Gradam Ceoil Ceoiltóir Óg/Young Musician of the Year. Clare was awarded this great honour playing solo and along with Anna, Sheila and Cathal on TG4 as part of the live awards show to an amazing audience including Irish President Michael D. Higgins. On the night, she was given the award by the great Mairéad Ní Mhaoniagh. TG4 said “This talented young woman has emerged as one of the most exciting young traditional musicians on the scene today”.

Since then, the Friels have been joined by Marty Barry on guitar and Cathal Ó Curráin on bouzouki and perform concerts and tours all over and have a busy summer 2022 planned.