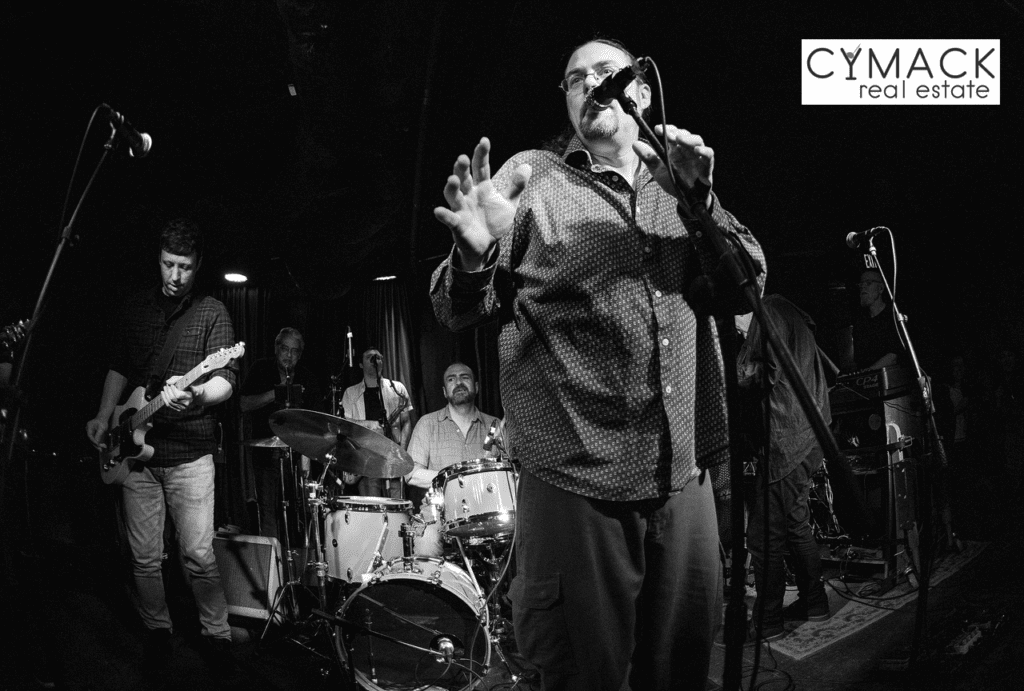 ***Please note: All shows at Natalie’s have socially distanced table seating, and masks are required except while eating and drinking at tables. Natalie’s presents a special Valentine’s Day show with the Hoodoo Soul Band, sponsored by CYMACK Real Estate, live from Natalie’s Grandview with an in-house audience (Finally!) Hoodoo Soul Band began as a side project for several seasoned veterans of the Columbus music scene who wanted an outlet to play Funk and Rhythm and Blues with a horn section. In January of 1995, these players started a weekly residency at Oldfield’s on High (now under a new name) and it quickly became the “place to be” for Columbus, Ohio music scene junkies. In 2008, the group found a new home for their residency at Rumba Cafe on Summit Street and the crowd followed. Due to the covid pandemic, Natalie’s is hosting the shows until the Rumba is reopened for live music.

CYMACK is a high-quality firm with Cynthia MacKenzie, Amy Weinsz, Jamie Bertram, full-time Realtors who have teamed up to offer full-service Real Estate in Central Ohio! For more
information, check them out at https://linktr.ee/cymack