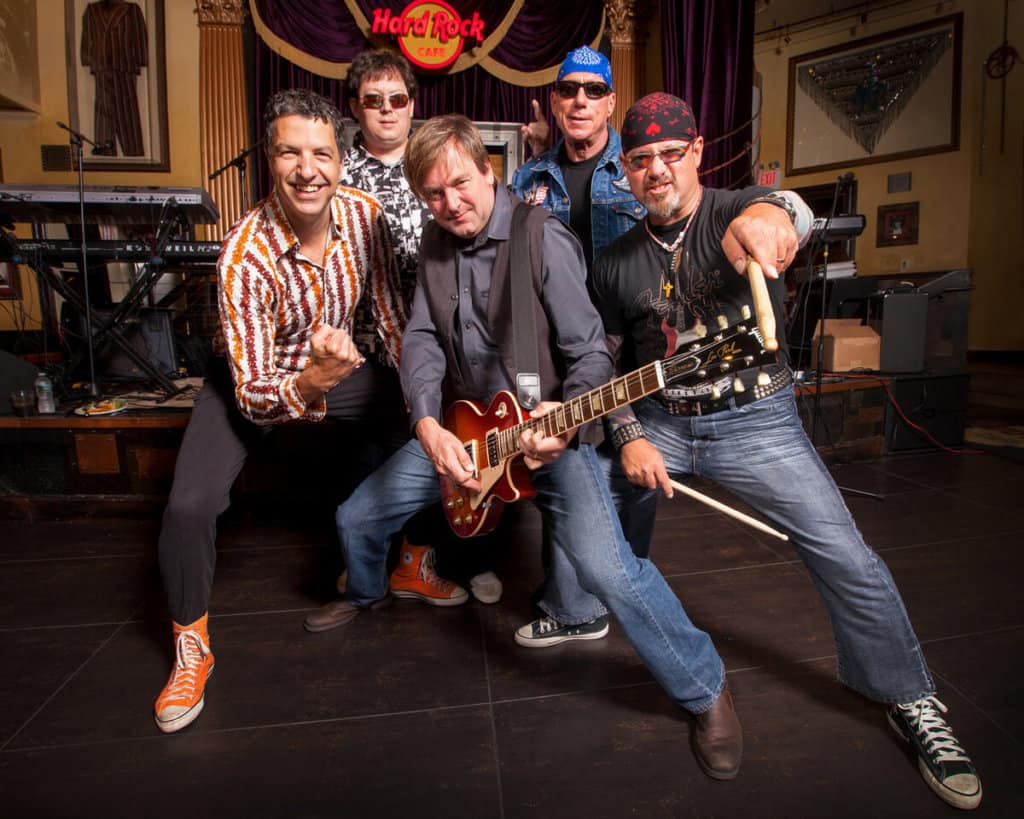 Natalie’s presents Bad Habits, the “official Eye Docs of Rock”, in an entertaining evening of music not to be missed. For this show, some table and bar seating will be provided on a first come first serve basis. This longtime band started performing in 1987 when three of the current members were optometry students at OSU. Bassist Michael “Jules” Raies, keyboardist/guitarist Mark Schindler, guitarist Pat Dollenmayer, keboard player Bob Glass and drummer Tony Fenton have rocked the optometry convention circuit since 2000. They’ve also played at the Rock and Roll Hall of Fame and have opened for such classic rock bands as Lynyrd Skynyrd and Cheap Trick. All of the band members but Schindler are practicing optometrists who look to rock as a way to have fun-and bring their fellow eyecare pros along for the good times.