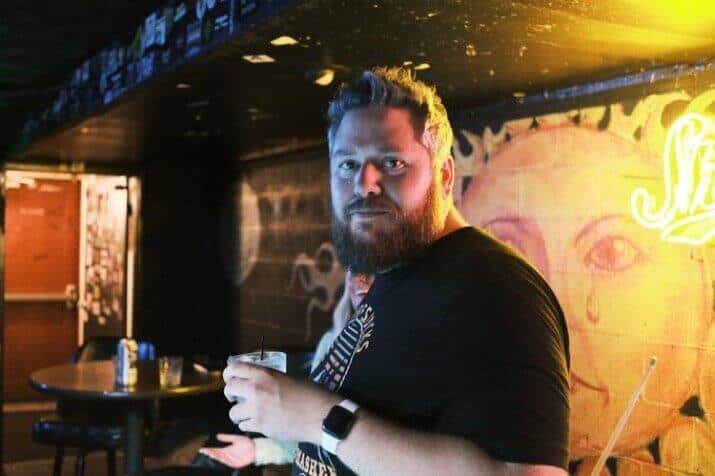 Cbus Comedy produces stand-up comedy shows in and around Columbus, Ohio that showcases local comedians as well as comedians from across the country. The producers, Lisa Berry and Tom Plute, are both local comedians who met when they both did their first open mic on the same night. They went on to become veterans of the local scene and were members of Whiskey Bear Comedy which produced several successful stand-up festivals in Columbus that brought comedians from all over the country. Now they run Cbus Comedy and are focused on producing some of the best stand up shows in the city.

In 2004, at age 22, Bill Squire was just your regular old, excommunicated Mormon Missionary trying to find his way through life. Returning from a two-year-long Mormon mission in the Philippines, Bill found his voice on stage traveling the country telling jokes as he relentlessly pursued stage time.

In 2008 Bill recorded and released his debut album Sarcasm Bus independently and has sold thousands of copies. In 2011 Bill teamed up with Slow Mutant Productions and filmed his one-hour comedy special Just Say Your Jokes which has over 37,000 views on YouTube. In 2013, Bill released Crowded, which reached number three on the iTunes comedy charts. He has released five successful comedy albums, his albums have been heard by millions of listeners on streaming services like iTunes, Spotify, and Pandora. His newest release Bam Bam is in collaboration with Helium Comedy Records coming July 23rd, 2021.

Bill has been seen on Comedy Central. He was a regular cast member on the cult favorite YouTube series Man in the Box, starring opposite Cleveland Comedy Legend and Red Lobster regular Mike Polk Jr. He has also appeared on tv shows like Laughs on Fox and Hulu.

Family is a priority for Bill, although his time on the road means a lot to him since 2013 Bill has co-hosted The Alan Cox Show, an afternoon drive talk show on 100.7 WMMS in Cleveland. He has become a part of a larger family of millions of devoted listeners/viewers on iHeartRadio, SiriusXM, Pandora, Spotify, Apple Podcasts, Stitcher.

He also hosts his wildly popular podcast The Bill Squire Show on the iHeartRadio network.