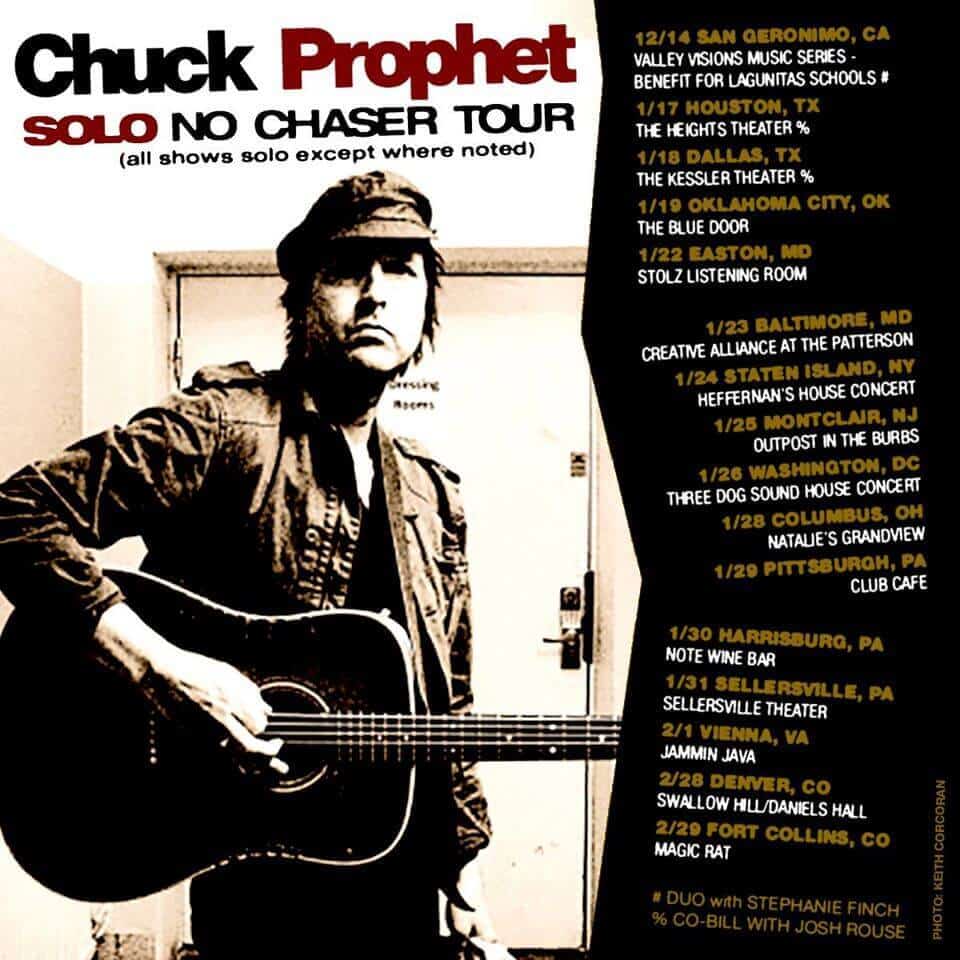 Since emerging onto the music scene at age 18 as a member of the seminal rock band Green on Red, Chuck Prophet has collaborated with everyone from Warren Zevon and Kelly Willis to Jim Dickinson and Lucinda Williams, among many others. In recent years, Prophet’s music has been featured in several hit television series including HBO’s True Blood, Showtime’s Californicationand Billions, and FX’s Sons of Anarchy. He also co-wrote all the songs on Alejandro Escovedo’s 2008 critically acclaimed album Real Animal.

Through his live performances with the Mission Express and solo, Prophet has developed a reputation as an outstanding, entertaining live act and built a loyal fanbase from Albuquerque to Stockholm. His live solo performances offer fans the opportunity to experience his songs from a unique perspective.

“Chuck Prophet is the best damn songwriter in all of roots rock and I’ll stand on Alejandro Escovedo’s coffee table in John Murry’s flip flops and say that.” – Peter Blackstock, No Depression

“Prophet does an impressive job of blurring the lines that separate blues, country and roots rock.” – NPR