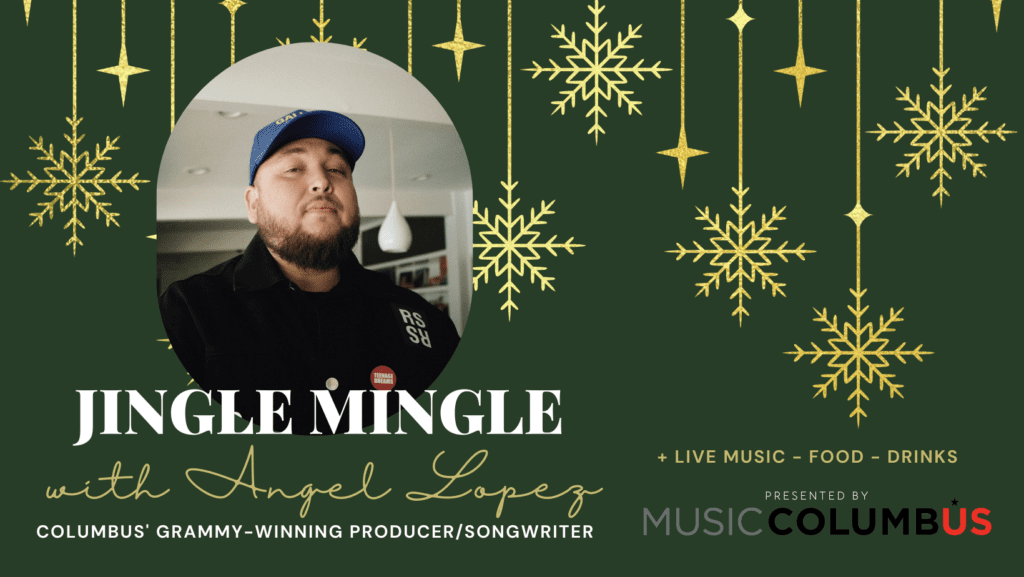 Come celebrate with the entire Columbus music community at our 1st Annual Jingle Mingle on December 19th at Natalie’s Grandview!

This is a can’t miss event! Delicious food, live performances, and a chance to meet Columbus’ own multi-platinum producer and Grammy-winning songwriter Angel Lopez.

Columbus based producer, mixer and career mentor to Lopez, Mark Abrams, of Vaughan Music Studios, will guest host the evening.

*Please Note: This is a ticketed event, and you must be registered on eventbrite to attend.*