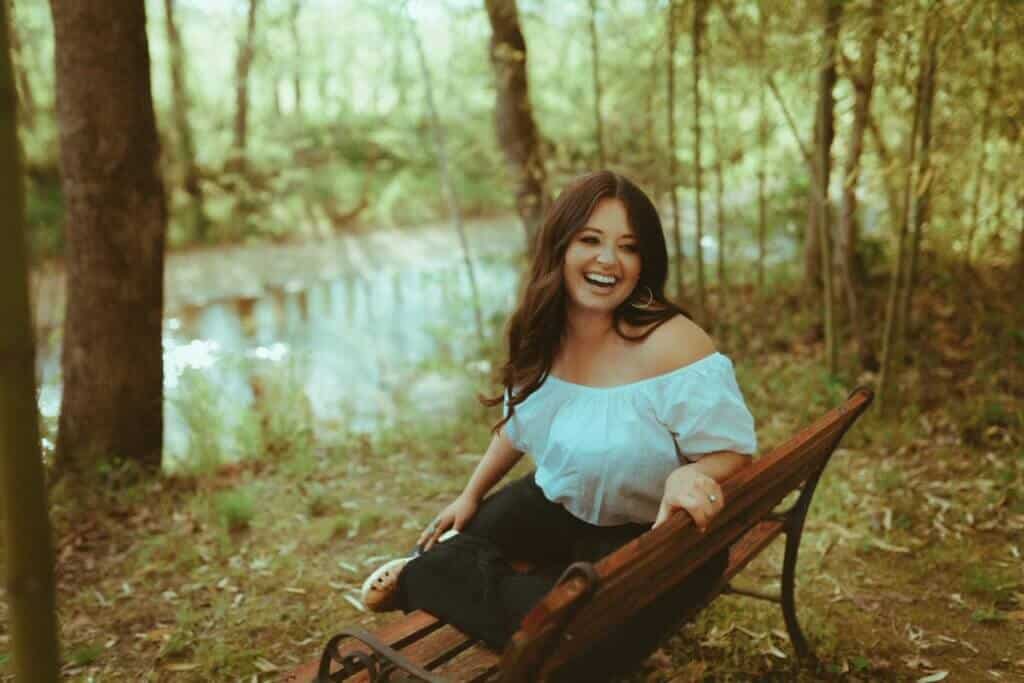 Colorado songwriter Emily Scott Robinson beckons to those who are lost, lonely, or learning the hard way with American Siren, her first album for Oh Boy Records. With hints of bluegrass, country, and folk, the eloquent collection shares her gift for storytelling through her pristine soprano and the perspective of her unconventional path into music.

“I think that the thread running through the album is those things that call to us, and how we can’t resist that call,” she says. “It’s about the siren songs that come up through our lives.”

Though not fully autobiographical, American Siren gracefully blends imagined characters with meaningful people she’s encountered on her journey. Showcasing her ability as a storyteller, “If Trouble Comes a Lookin’” invents a scene where a vulnerable priest and an unhappy wife meet in an Arkansas hotel bar. “Hometown Hero” is an emotional tribute to her cousin, a veteran lost to suicide. “Lost Woman’s Prayer” stems from the words of a sage friend she met while traveling abroad, while “Every Day in Faith” is a personal testament to seeing things through.

As the album’s lead track, “Old Gods” carries the siren concept to its fullest potential with beautiful three-part female harmony; she originally wrote it for a community production of Macbeth. Meanwhile, “Things You Learn the Hard Way” was completed after asking for relevant scenarios from her social media followers. Yet there’s a part of her own life in every song, too. That’s especially true in “Cheap Seats,” about a distracted waitress who’s bound (someday) to realize her dreams. Robinson wrote it after seeing John Prine and Bonnie Raitt sing together at the Ryman Auditorium in Nashville in 2019.

“If you make music that you love that tells the truth, or that tells a story, everything emanates from what you have inside,” she says. “I knew at the core that I love writing, I love telling stories and I love performing. I knew if I just kept doing that, even when I didn’t always know what the next step was, that it would continue to grow and that the people who were meant to be a part of that would find me.”

Robinson grew up in Greensboro, North Carolina, and turned toward guitar at age 13, after a summer camp counselor closed out the nights by playing songs by Joni Mitchell, Cat Stevens, and Dar Williams every night. She taught herself to play in the early 2000s by printing guitar tabs from the internet and singing to CDs by Indigo Girls and James Taylor. But she didn’t pursue songwriting until after seeing Nanci Griffith perform in Greensboro in 2007.

“I went home and I wrote a really sad, beautiful country song,” Robinson remembers. “I was like, ‘Wow, that was easy.’ And then I kept trying to write through college and I realized, ‘This is not actually that easy.’”

Graduating from Furman University with degrees in history and Spanish, Robinson took a job as a social worker and translator in 2011. “I moved to Telluride when I was 24 to work as a victim’s advocate for victims of domestic violence and sexual assault,” she says. “I fell in love with Telluride. That’s really where my dream started to be born of doing music.”

In 2013, she found kindred spirits at Planet Bluegrass’ The Song School, a songwriting retreat in Lyons, Colorado, where other participants encouraged her talent, and just as importantly, showed her that being a touring musician could be a viable financial option. Before temporarily moving away from Telluride, Robinson went into town and sat on the empty stage where the city’s annual bluegrass festival is staged, promising herself that she’d be singing on it someday.

Bolstered by the positive response of her 2016 debut album, Magnolia Queen, Robinson and her husband packed everything into an RV and hit the road, with Robinson booking her own shows along the way. That same year, her songwriting landed her among the Kerrville New Folk Winners at the esteemed Texas festival. The winners embarked on an eight-city tour of Texas that fall, introducing Robinson to an audience that remains invested in her career.

“That was my first time touring,” she says. “It was so much more fun than I thought it would be. I’m a homebody and I was anxious about it because I hadn’t done it. I thought it would run me ragged. What I didn’t account for was how much energy I would get from it and how great it would feel to get in touring shape and be singing every night and have my stories be super on-point and loving the experience of finding an audience.”

Robinson received significant acclaim for her 2019 album, Traveling Mercies. And her long-held dream came true later that year when she sang on the Telluride Bluegrass Festival stage as the winner of the Telluride Troubadour Contest. A poignant standalone single in 2020, titled “The Time for Flowers,” prompted a private Instagram message from Oh Boy Records’ Jody Whelan, letting her know how meaningful the song was to his family. They struck up a fast friendship, then decided to partner for a release of American Siren.

“It is bigger and riskier and more expansive than my last collection,” Robinson says. “It feels like I wrote some songs that I’m going to grow into as I continue to perform them. I actually cried after I finished every one of them. I was so relieved that I was able to write them. I carved out a little more of my own experiences into these songs. They’re excavating some deeper stuff than I’ve touched on before. I think they will have a healing quality for people who listen.”

For her fans and for herself, this revealing collection proves that heeding the call to make music was the right decision. “Ever since this dream was born, I don’t think it’s ever left my mind,” Robinson says. “I’ve worked toward it every day, even when I felt like I was stumbling in the dark. Now I can look back and see how beautifully it all knits together.” 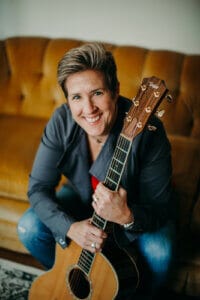 Singer/songwriter Lyn Koonce mixes the sounds of contemporary folk and pop, with a hint of blues, to make music you’ll remember. With her guitar or piano as a backdrop, her voice is both powerful and comforting—and her award-winning songs follow suit.

For Lyn, a song is a conversation, and she writes lyrics that bring down your guard and raise your spirits. Her own truth shines through every line, and everyone can see themselves in her light.

When she’s not performing, Lyn is making her community a better place and ensuring everyone – no matter what – gets to experience the magic of music. But the stage is Lyn’s happy place, and it doesn’t matter if she’s singing for 10 people or a thousand. Whether she’s on a backyard stage for a good cause or sharing the spotlight with the Indigo Girls, you get the same Lyn every time – open hearted, adventurous, and real.

Lyn is a recent winner of American Songwriter Magazine’s Lyric Contest for her song, “The River.”