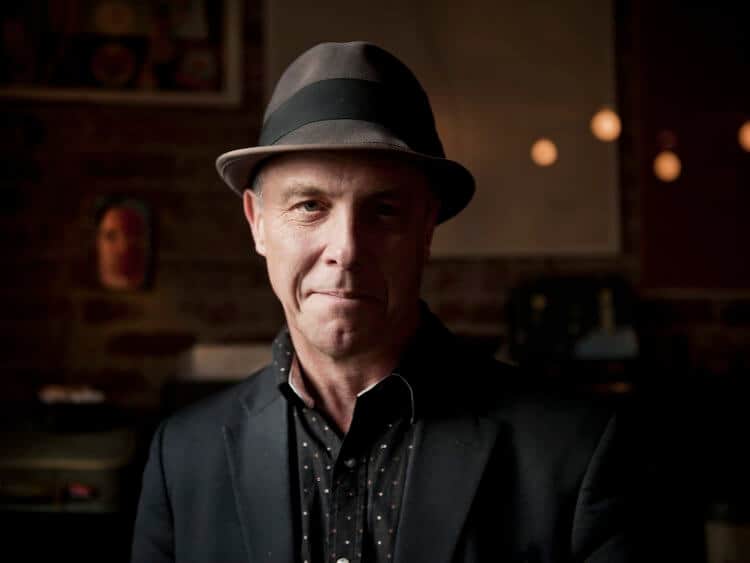 Freedy Johnston is one of those rare singer-songwriters who counts critics among his biggest fans — and whose heroes consider him a peer. Not bad for a self-proclaimed “geek in glasses who never left his room.”

In 1994 Rolling Stone named Johnston the ‘Songwriter of the Year’, describing him as “A master storyteller, (who) sketches out full-blown tragedies in a few taut poetic lines.” Adding, “He joins that elite cadre of songwriters—Bob Dylan, Neil Young, Elvis Costello—whose brilliant pop compositions turn magical with the addition of a defiantly idiosyncratic singing voice.”

On September 9th, Forty Below Records will release Johnston’s 9th album, Back on the Road to You. It’s a record steeped in wit, humor, pathos, love, and friendship drenched with memorable, infectious melodies.