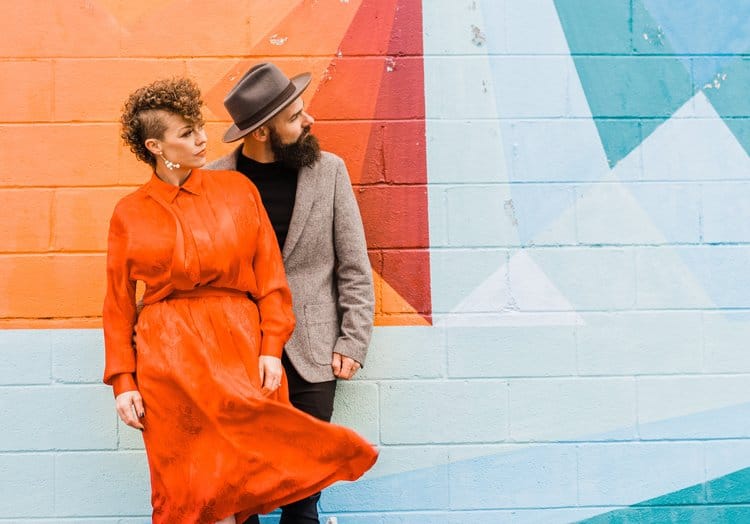 Americana act Goldpine was built by married couple Benjamin and Kassie Wilson (formerly called “My One and Only”).  From festivals like 30A Songwriting Festival and Bristol Rhythm & Roots Reunion to listening rooms throughout the United States, Goldpine has been offering their own brand of raw Americana to audiences large and small.  Finalists in the Kerrville Folk Fest 2021 New Folk Competition, the duo’s bold harmonies are clearly a channel for their highly charged songwriting.  Exposing the pains of severed relationships and unearthing the pursuits of love and purpose, Goldpine is cathartic, moody, raucous, and relevant all wrapped into one. Touring since 2015, they have been lessening the gap between music and the audience by disclosing their stories behind the lyrics at every venue along the way.

“…a melding of raw acoustic music with meaningful lyrics that paint a picture of their and our journey.”

“I love these guys…their never-ending onslaught of bold harmony is undeniable.”