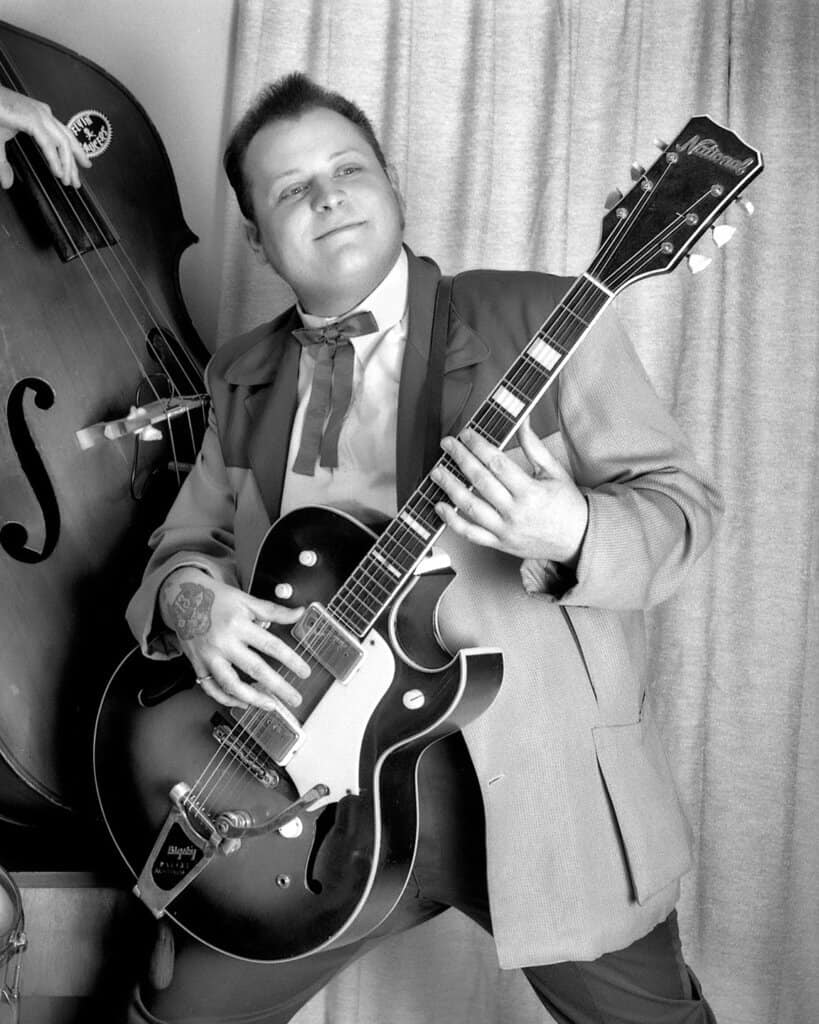 Sean Groves was known to many in Columbus as Johnny Rebel, founder, singer and guitarist of the wildly popular Central Ohio rockabilly band  Th’ Flyin’ Saucers. Sean passed away on February 28 due to  complications of a surgery. Several musicians and friends are joining  together to pay tribute to the man and his music. Proceeds from the event will go to his wife Tammy and his son Vincent to help with expenses. This special benefit show will feature members of Th’ Flyin’ Saucers, Third Degree Sideburn, The Sovines, Terry Davidson, Sons of Gladys, Shorty Allen, The Molars, Jesse Blankenship, and more to be announced.