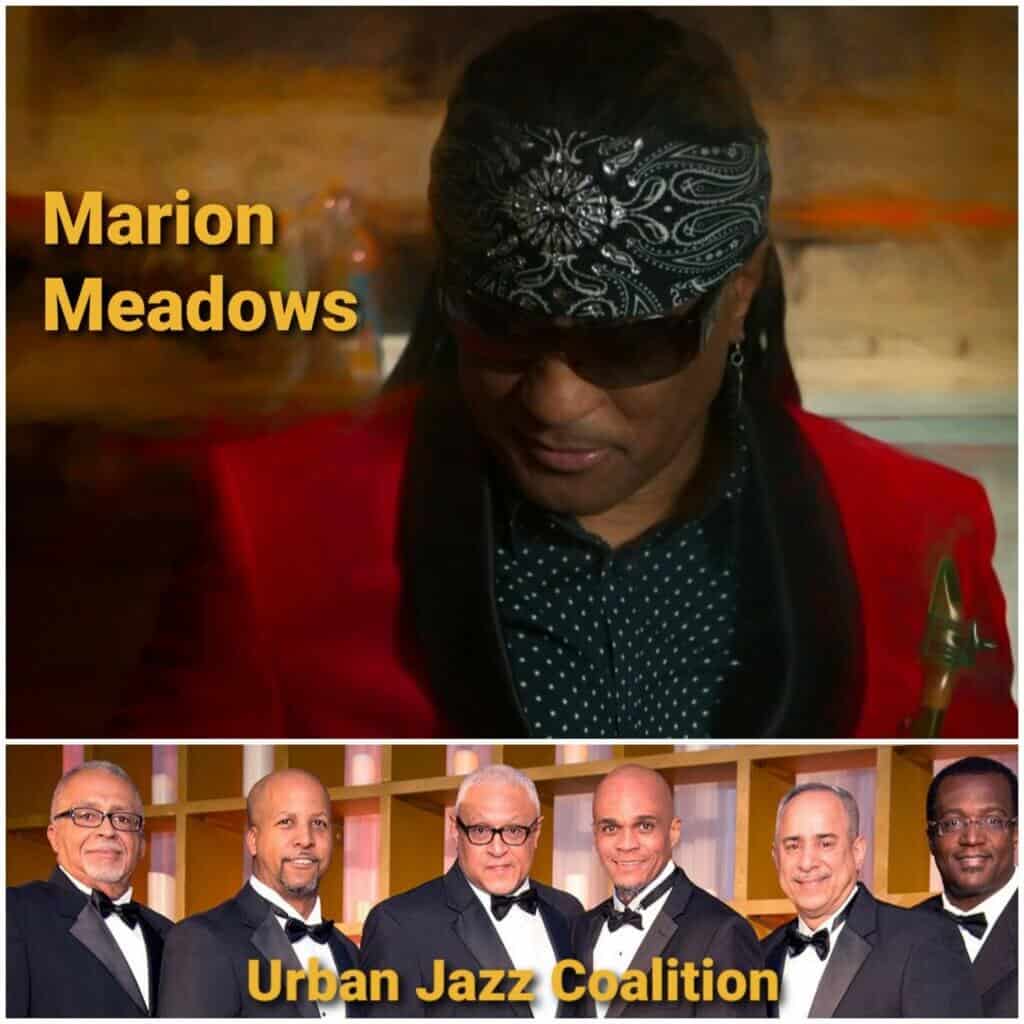 Natalie’s presents a special evening with the amazing saxophonist Marion Meadows backed by The Urban Jazz Coalition! Marion Meadows first hit the airwaves in 1991 with “For Lovers Only”, his first RCA release and a huge success, and was followed by his groundbreaking “Keep it Right There” album. He also became a well-known sideman, recording or performing over the years with Brook Benton, Eartha Kitt, The Temptations, Michael Bolton, Angela Bofill, Bob Baldwin, Chuck Loeb, John Lee, among many others.

Meadows came a staple of the contemporary jazz format with his subsequent recordings, and most recently Soul Traveler, the first installment of his Soul Trilogy which now showcases his current release, Soul City” on the New York-based Shanachie Label. Meadows is a semi-pro cyclist, graphic artist and designer and received a doctorate from Wilberforce University in 2016.