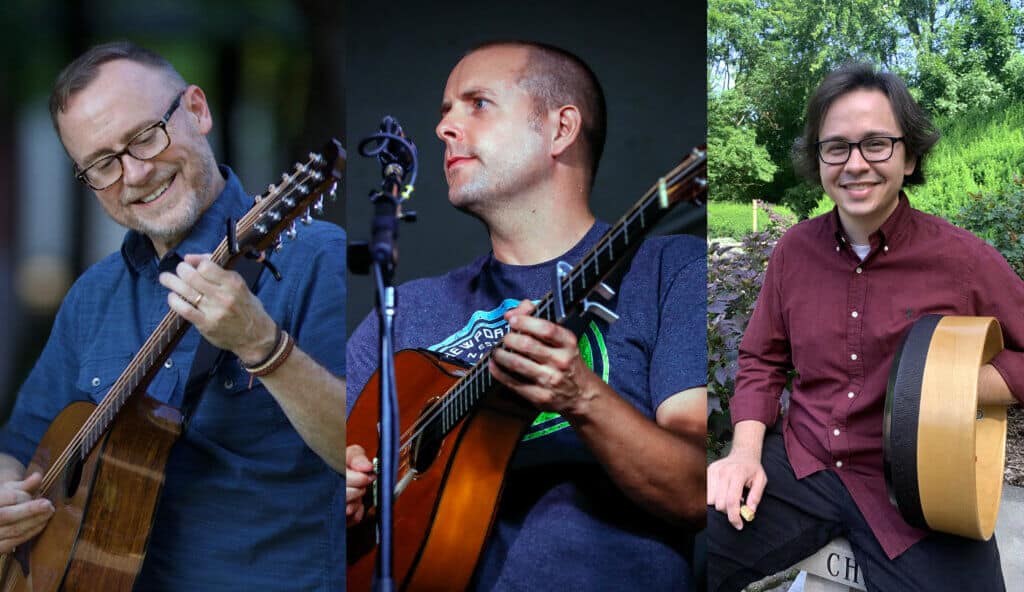 Natalie’s Grandview presents the Trad Nua Folk Club Night, featuring Mick Broderick, Randy Clepper, and Jim Lindroth, on the Corner Stage, located on the restaurant/bar side of the venue. For this dinner performance there will be no admission charge, but tips are greatly appreciated.  As a companion to the popular Trad Nua Celtic Concert Series at Natalie’s, Trad Nua Folk Club Night strives to create an evening of Irish and Celtic music in a casual, “folk club vibe” setting.  Hosted and anchored by acclaimed Irish musicians Mick Broderick and Randy Clepper, Folk Club Night will feature a rotating lineup including some of the finest players and singers in the Midwest as well as occasional traveling musicians from Ireland.

Tonight, Mick and Randy will be joined by Jim Lindroth on bodhran, for a duo bouzouki experience reminiscent of bands such as Planxty. From Dublin, Ireland, to Dublin, Ohio, Mick Broderick is the renown bouzouki-player of the Irish supergroup Slide, also the Noble Call, and Dave Curley & Mick Broderick. Columbus-based Randy Clepper is an acclaimed player of the Irish bouzouki, also tenor banjo, fingerstyle guitar, and hammered dulcimer. Jim Lindroth is a percussionist living in Columbus, Ohio with a background in various classical and folk music styles.