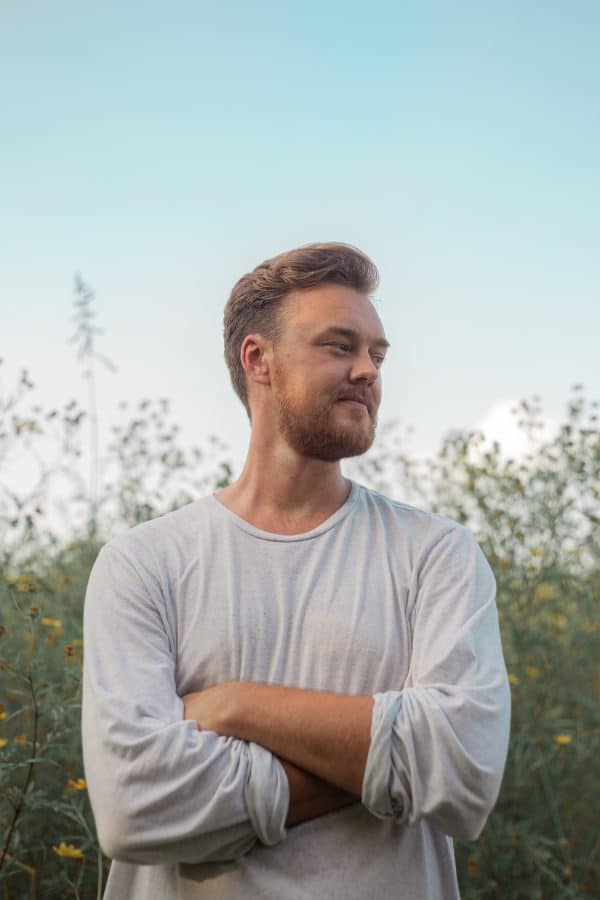 The fifth album from Oklahoma-bred singer/songwriter Parker Millsap, Be Here Instead emerged from a wild alchemy of instinct, ingenuity, and joyfully determined rule-breaking. In a departure from the guitar-and-notebook-based approach to songwriting that shaped his earlier work, the Nashville-based artist followed his curiosity to countless other modes of expression, experimenting with everything from piano to effects pedals to old-school drum machines (a fascination partly inspired by the early-’70s innovations of Sly Stone and J.J. Cale). As those explorations deepened and broadened his musical vision, Millsap soon arrived at a body of work touched with both unbridled imagination and lucid insight into the search for presence in a chaotic world.

Produced by John Agnello (Kurt Vile, Sonic Youth, Waxahatchee) and mainly recorded live with Millsap’s full band, Be Here Instead marks a stylistic shift from the gritty and high-energy folk of his previous output, including 2018’s acclaimed Other Arrangements and 2016’s The Very Last Day (an Americana Music Association Awards nominee for Album of the Year). With its adventurous yet immaculately detailed sonic palette, the album warps genres to glorious effect, at one point offering up what Millsap aptly refers to as a “disco-Americana showtune.” In another creative breakthrough, Be Here Instead forgoes the character-driven storytelling of his past in favor of a more introspective and endlessly revelatory form of lyricism, an element he traces back to the charmed nature of his songwriting process. “Because the lyrics were appearing seemingly out of nowhere and with no prior intent, some of them started to feel like transmissions from my subconscious, rather than the preconceived linear stories or waking thoughts of my earlier songs,” says Millsap. “They feel like words I needed to hear from myself, and not just things I wanted to say to someone else.”

On “The Real Thing”—the luminous lead single to Be Here Instead—Millsap presents a brilliant introduction to the album’s kaleidoscopic sound, merging the song’s cascading guitar lines and potent grooves with a tender statement of devotion (e.g., “I been through your roses, honey/I don’t mind the thorns”). Sparked from an experiment in open tuning and featuring guest vocals from Erin Rae, the track gracefully transforms a moment of private longing into a bit of prescient commentary. “I wrote ‘The Real Thing’ when I was touring and missing my wife, and hating how being on FaceTime doesn’t feel anything like being in the same room,” says Millsap. “But then as 2020 happened, the lyrics grew new teeth—now it’s much more of a reflection of how hard it is to experience any spontaneous interaction when everything happens on livestreams and Zoom.”