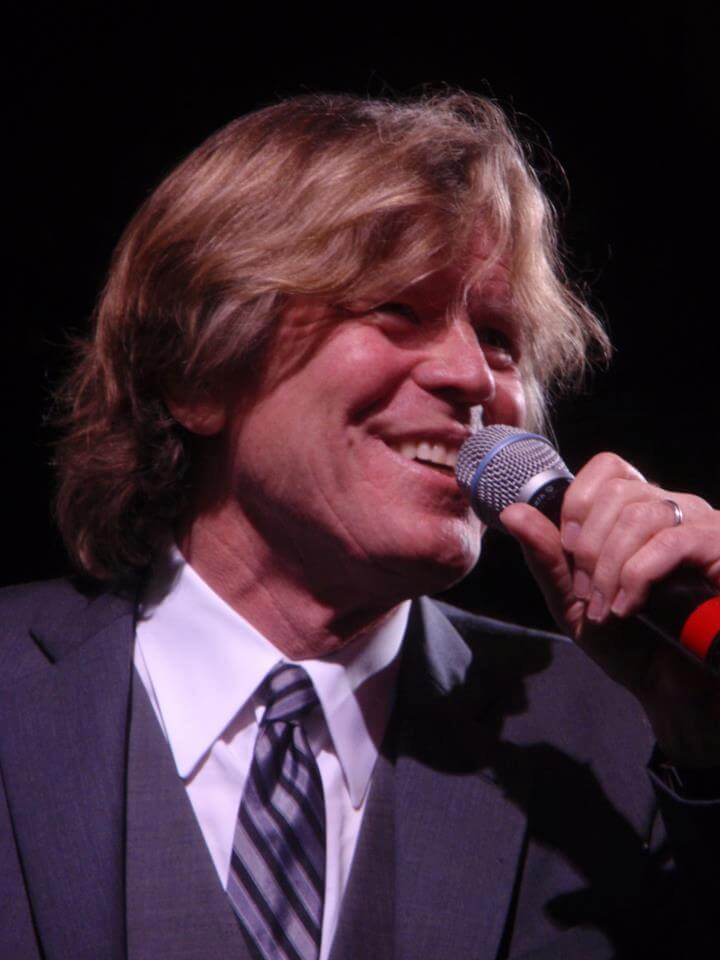 Peter Blair Denis Bernard Noone is a multi-talented entertainer, who has been delighting audiences nearly all his life. At the age of fifteen, Peter achieved international fame as “Herman”, lead singer of the legendary pop band Herman’s Hermits. His classic hits include: “I’m Into Something Good”, “Mrs. Brown, you’ve Got A Lovely Daughter”, “I’m Henry VIII, I Am”, “Silhouettes”, “Can’t You Hear My Heartbeat”. Ultimately, Herman’s Hermits sold over fifty-two million recordings. In all, fourteen singles and seven albums went gold. As “Herman”, the photogenic Noone graced the cover of nearly every international publication including Time Magazine.

With characteristic zeal, Peter took on leading roles in full-scale theatrical productions of Dick Wittington, Aladdin and Sinbad The Sailor. These live stage spectaculars were mounted at major theatres throughout Great Britain and Noone received critical acclaim for his outstanding work. In the eighties, Peter starred on Broadway in the New York Shakespeare Festival’s production of Gilbert and Sullivan’s The Pirates of Penzance. He won rave reviews for his superb portrayal of the dashing, young hero, “Frederic”. His performance was so well received, that he went on to reprise the role at the world-famous Drury Lane Theatre in London. Noone charmed audiences worldwide as he continued to play “Frederic” with both the U.S. National Touring Company and the International Touring Company of “Pirates”.

Peter’s acting career flourished with guest-starring roles in prime-time television series such as Married With Children, My Two Dads, Dave’s World, Easy Street, Too Close For Comfort, and Laverne and Shirley. The nineties found Peter embarking on a four-year stint as the winsome host of VH1’s My Generation, the highest-ever-rated half-hour retrospective of pop/rock music. More recently, he was featured in the recurring role of “Paddington” on the CBS daytime drama, As The World Turns.

Herman’s Hermits, Noone currently performs over 200 concerts a year. He consistently plays to sold-out venues and his admirers span the generations. There is no doubt that Peter Noone’s extraordinary talent, disarming wit, handsome features, and compelling stage presence will continue to delight fans of all ages, for a long, long time to come.  For these special shows at Natalie’s Grandview Outdoor Pavilion, Peter will be accompanied by his back up band of Rich Spina and Billy Sullivan, who will perform a brief opening set. In the event of extreme weather, the shows will be moved inside to Natalie’s Grandview Music Hall. Special thanks to The Basement Doctor for their generous support of these concerts.