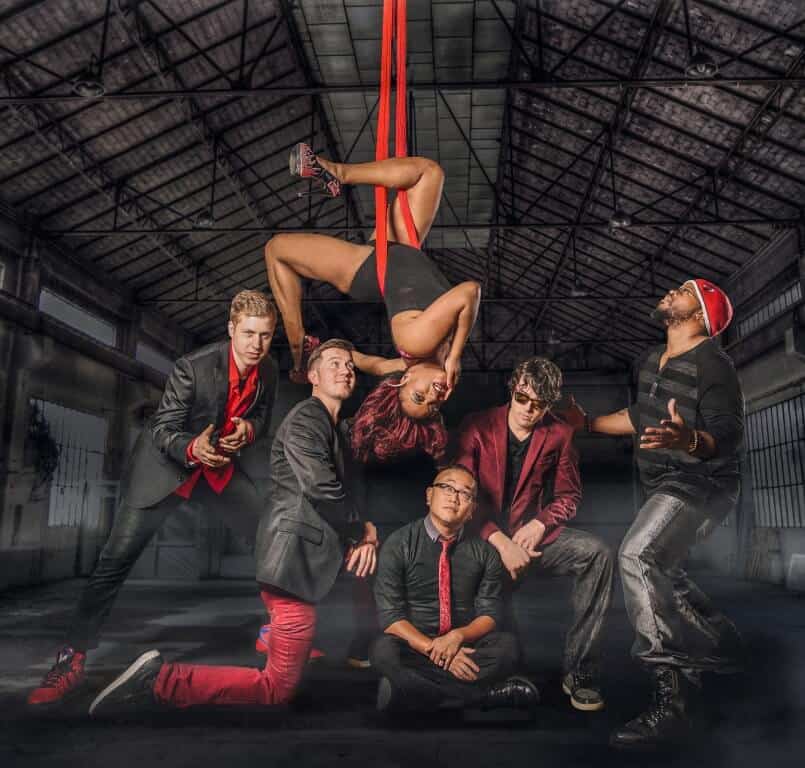 MojoFlo will be performing two shows in the Outdoor Pavilion (featuring socially distanced table seating) at Natalie’s Grandview. This engaging band delivers a spellbinding performance that, while remaining rooted in Funk, Rock, and Jazz, manages to transcend the traditional boundaries of said genres. The goal of the group is not just to give their audience something fun to listen to but to take them on a journey. Blazing vocals, screaming horns, and a hard-hitting rhythm section are the hallmarks of the group’s sound. Leading the charge is the group’s vivacious singer Amber Knicole, who has been likened to everyone from Chaka Khan to a young Sharon Jones and described as Beyonce’s wild step-sister. She is just as well known for her jazzy, gospel-influenced vocal prowess as she is for her captivating stage performance. From Soul Train lines to hula hoop choreography, gravity-defying backbends to near-cringe-inducing leaps off the drum riser in 6-inch heels this lady has a knack for leaving audiences enthralled. Since their inception, MojoFlo has made a habit of constant growth and reinvention.