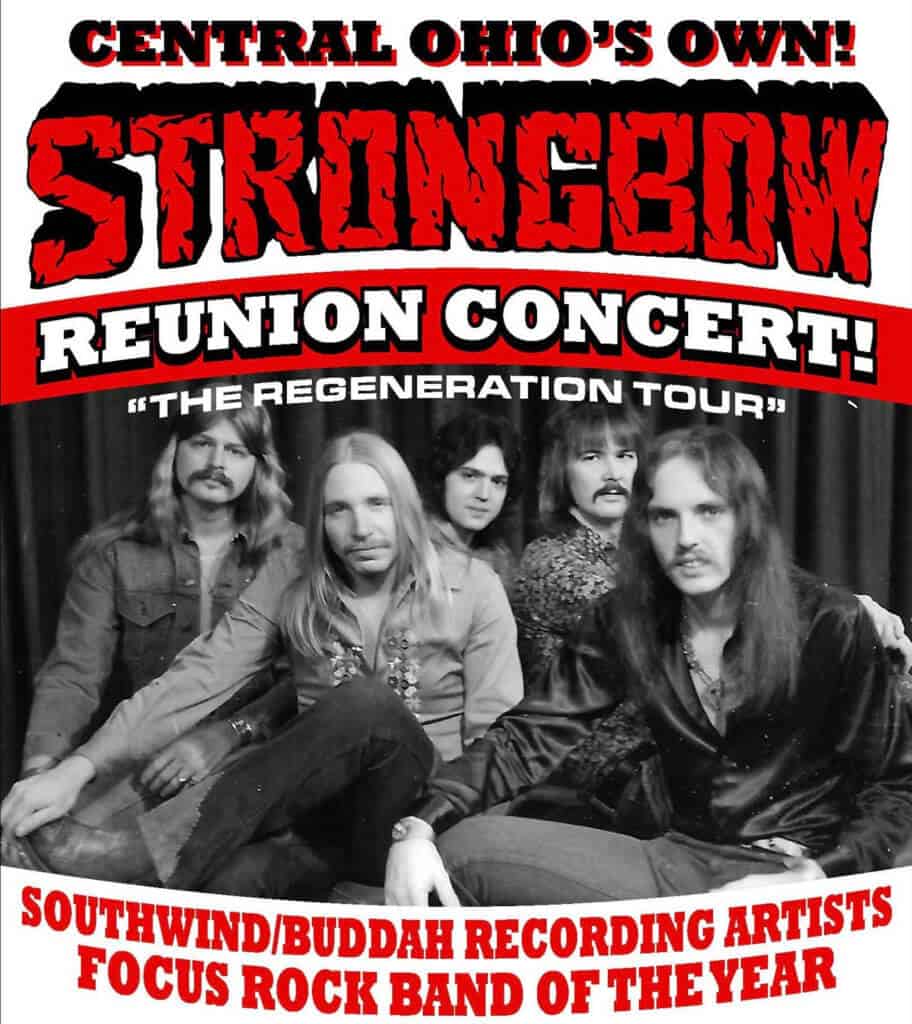 In the summer of 1973, Strongbow cut two original songs – “If You’re Going to the City” (by John Stelzer) and “Change” (by Bill Bendler and Mike Haines). The band toured nationally, opening for Ted Nugent, Elvin Bishop, Bob Seger, Cactus, Thee Image, and several other national and regional acts. The writing of the band was edgy, but the covers they played ranged from Iron Man to Can’t Get Next To You. Strongbow had a LARGE following who would pack every show they did, especially after the release of their LP in 1975 on Buddah’s Southwind subsidiary. Strongbow lasted until 1978.

In 2001, the band released a CD of demo recordings entitled Con Carne. They also released Coulda’ Shoulda’, a CD of previously-unreleased material, and 2 live CDs (Live in ’75 and Reunion).