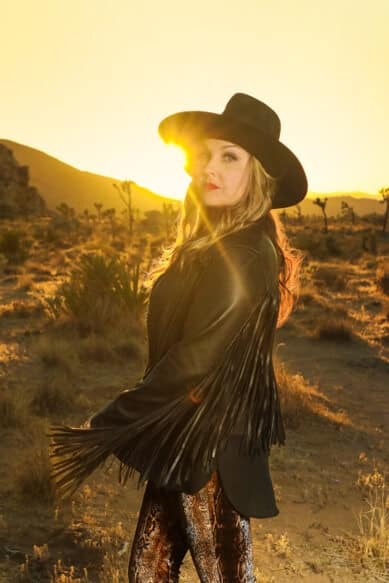 ​​There are only a few women in country music that would ever dare considering using the qualifier of “Outlaw” but Sunny Sweeney sure fits the bill. Though her career started in Nashville in the world of major labels and radio play, she’s a full-blown independent music maverick these days. She does things her way, or she doesn’t do them at all, and she tours harder than most of her contemporaries.

Sunny fans have been getting quite restless for the new album she’s been hinting at for awhile. And finally Married Alone will be released September 23rd on Thirty Tigers. Produced by Paul Cauthen and Beau Beauford of The Texas Gentlemen, it features some highly regarded co-writers, including Lori McKenna, Kendell Marvel and Brennen Leigh among others. Sunny co-wrote all the songs on the album of course, except for the title track.

From a live perspective, she’s just as comfortable commanding a stadium stage during her tour with Bob Seger as she is pouring her heart out from a listening-room stool. Whether out as a duo or with a full band, she’s gathered a wide fanbase across the globe of fans and music industry alike who love to watch her do her thing. Most recently Sunny joined the ranks at SiriusXM as host of her new show Sunny Side Up on Ch 59 Willie’s Roadhouse!