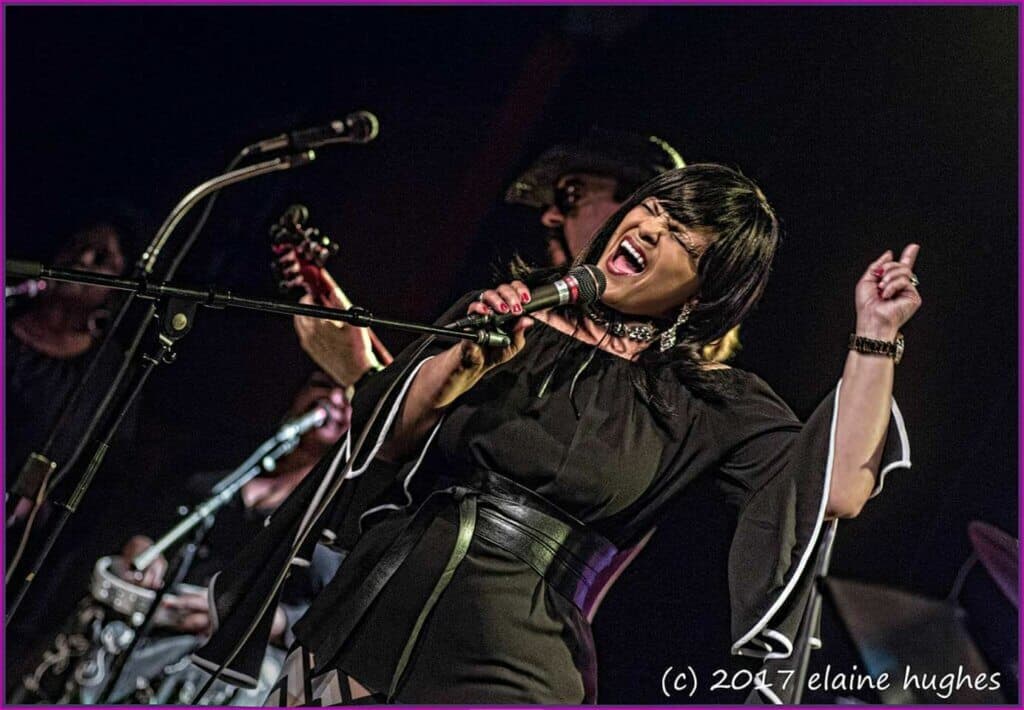 Join Teeny Tucker and the dynamic band Hughes, Hall & Denney, along with a horn section and background vocalists Mary and Paula, for an evening of great music! Tucker’s latest album, “Put on Your Red Dress Baby”, was nominated for 2 Blues Blast Magazine Awards, Female Artist of the Year, and Traditional Album of the Year! In addition, she was nominated for the “Koko Taylor Award” for Traditional Blues Female Artist of the Year by the Blues Foundation in Memphis! Tucker is one of the brightest stars in the blues genre and has gained an international reputation as a dynamic performer on stage as well as a recording artist. Teeny is the daughter of the renowned blues-singer-pianist-composer Tommy Tucker, who wrote and first recorded “High Heel Sneakers,” a pop-classic that’s been performed by Elvis, the Beatles, and the Rolling Stones.