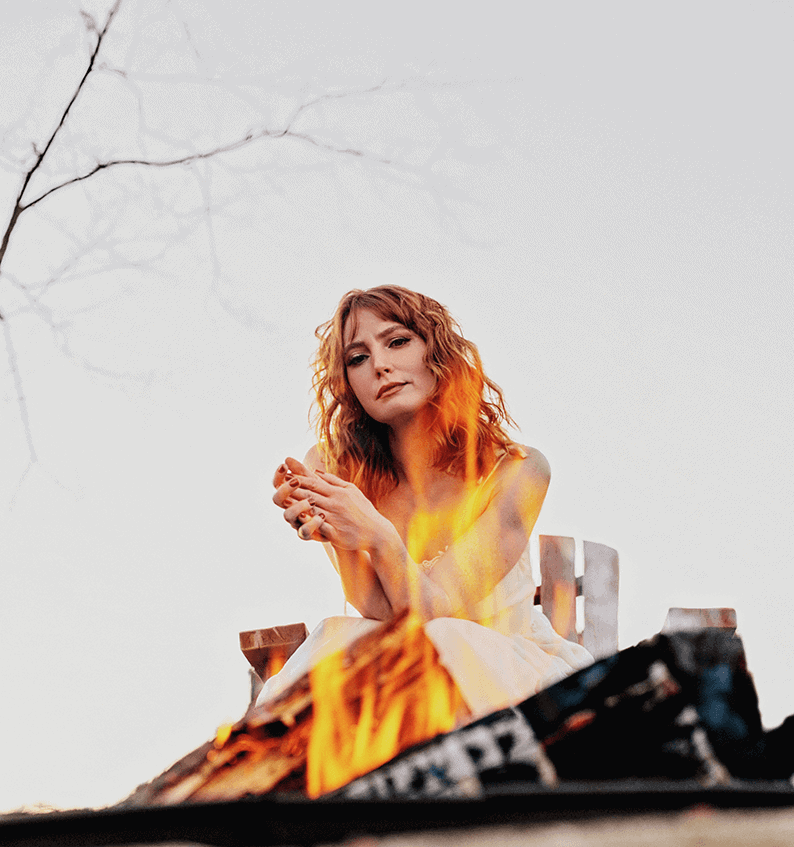 Actor and singer-songwriter Alicia Witt has been acting since the age of 7, when she made her film debut in David Lynch’s sci fi classic, Dune. She leads the cast of her newest movie, Modern Persuasion, released in December 2020; she will be next seen in the features I Care A Lot, starring Rosamund Pike and Dianne Wiest, and Alice, starring Keke Palmer and Common. Other recent credits include the final season of Netflix’s Orange Is The New Black as Zelda; along with The Walking Dead, Supernatural, ABC’s Nashville, FOX’s The Exorcist, Netflix’s Disjointed (with Kathy Bates), Amazon’s Lore, and Showtime’s 3rd season of David Lynch’s Twin Peaks. Films include Two Weeks Notice, Last Holiday, The Upside of Anger, Mr.Holland’s Opus, Urban Legend, Four Rooms, 88 Minutes, Urban Legend and Vanilla Sky. Other significant roles include Showtime’s House of Lies, NBC’s Friday Night Lights, CBS’ The Mentalist and NBC’s Law & Order: Criminal Intent. She spent 4 years on the CBS hit show Cybill and has also appeared on the HBO series The Sopranos, CBS’s Two and a Half Men, Ally McBeal, and David Lynch’s original Twin Peaks. Alicia is also well known to Hallmark Channel audiences for her Christmas movies, beginning with 2013’s A Very Merry Mixup; her eighth annual holiday film for the network, Christmas Tree Lane, which she produced and wrote the story and 2 original songs for, was released for the 2020 holiday season.

Alicia has performed her original piano-driven pop music all over the world, including at the renowned Grand Ole Opry in Nashville, where she lives. She has opened for Ben Folds Five, Rachel Platten, and Jimmy Webb, to name a few. Her most recent release, 15000 Days, was produced by Grammy-winning producer Jacquire King (James Bay, Norah Jones, Kings of Leon, Dawes) and her previous album, Revisionary History, was produced by Ben Folds. As a musical guest, she has appeared on numerous shows including NPR’s Weekend Edition, CBS’ Late Show with Craig Ferguson, The Queen Latifah Show, WGBH’S Open Studio on PBS, Good Day Nashville, KTLA’s Morning Show, Good Morning Washington, and many performances on Hallmark’s Home & Family Show. Alicia’s music has been heard in numerous TV shows and movies over the past 10 years, including her ironic Christmas song ‘I’m Not Ready for Christmas’, which was featured in her Hallmark Christmas movie of the same name.