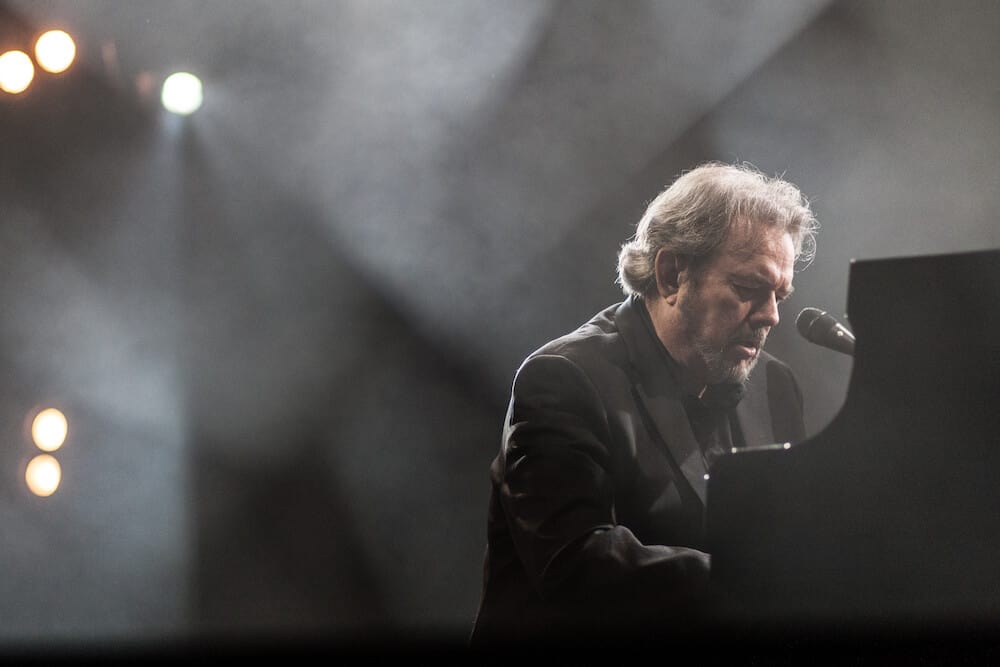 Multiple Grammy-winning songwriter Jimmy Webb has topped the charts from pop to country to disco numerous times with interpretations by some of the industry’s greatest, from Glen Campbell to Art Garfunkel to Linda Ronstadt and covers by everyone from Guns n’ Roses to Josh Groban to Little Big Town. Since Webb’s Grammy sweep in 1968 when his own “Up, Up and Away” and “By the Time I Get to Phoenix” vied for Song of the Year (and “Up” won) to the use of his “Do What You Gotta Do” in Kanye West’s “Famous,” the man often praised as “America’s Songwriter” remains an icon in popular music – and continues to challenge his artistic boundaries with projects like a classical nocturne.

His most famous songs are touchstones for a generation yet remain timeless – “MacArthur Park,” “Wichita Lineman,” “Worst That Could Happen.”  Now in his touring show “An Evening with Jimmy Webb” and his literary memoir, The Cake and the Rain (St. Martin’s Press; now in paperback and audiobook) Webb brings fans of his music a unique connection to their favorite songs, revealing the stories behind his hits as far back as his first songwriting job at Motown through a career trajectory that took a teen preacher’s son from a farm town in Oklahoma to the top of his longed-for profession, with pitfalls and blessings in equal measure between.

“He’s a prodigious performer, and a night with Jimmy at the keys is not unlike getting to hear George Gershwin or Cole Porter live. It’s hard to believe one guy could have written all these amazing songs. Webb is still at it, thankfully, and if you get a chance to see him live, grab it. People ask why nobody writes songs like they used to. Fortunately for us all, Jimmy Webb still does.” –American Songwriter Magazine